Charles Conwell can’t get the tragic occurrence of Saturday night out of his mind.

The undefeated junior middleweight prospect keeps replaying his fight against Patrick Day in his mind, wishing there was something he could do to change what took place after he knocked out Day in the 10th round.

Day underwent emergency surgery after suffering brain damage in their fight at Wintrust Arena in Chicago. 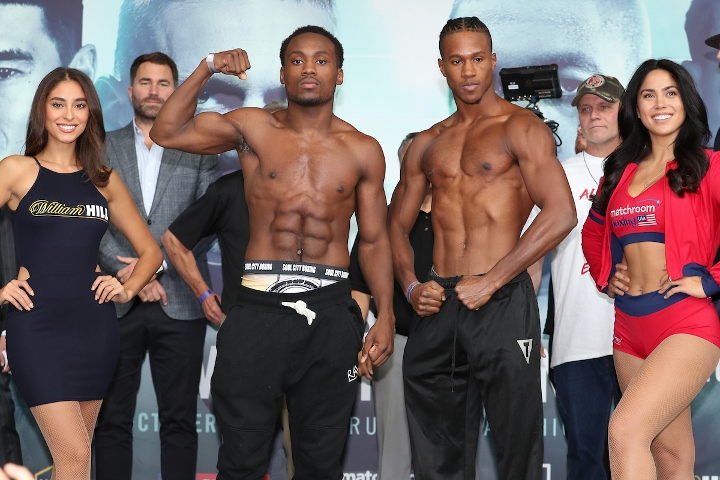 Cleveland’s Conwell (11-0, 8 KOs), a 2016 U.S. Olympian, dropped Day three times in their fight. A left hook by Conwell knocked the Freeport, New York, native unconscious in the 10th round.

With a heavy heart, a remorseful Conwell took to Instagram on Monday night to express his sorrow regarding Day’s grim circumstances.

Before issuing an open letter to Day, the 21-year-old Conwell wrote, “This is my last time speaking on the situation because of this being a sensitive topic not only for his family and friends but for myself and the sport of boxing.”

Below are the words he wrote to his injured opponent.

I never meant for this to happen to you. All I ever wanted to do was win. If I could take it all back I would no one deserves for this to happen to them. I replay the fight over and over in my head thinking what if this never happened and why did it happen to you. I can’t stop thinking about it myself I prayed for you so many times and [shed] so many tears because I couldn’t even imagine how my family and friends would feel. I see you everywhere I go and all I hear is wonderful things about you. I thought about quitting boxing but I know that’s not what you would want I know that you were a fighter at heart so I decided not to but to fight and win a world title because that’s what you wanted and [that’s] what I want so I’ll use you as motivation every day and make sure I always leave it all in the ring every time. #ChampPatrickDay

Doesn’t sound like he’s gonna make it. So so sad. I’ve never met Patrick but by all accounts he’s a legit nice kid in a sport that is lacking in them.

Tough situation. This is a rough & dangerous game & everyone knows & deals with the reality that this could go down on your worst day. But idk that anyone thinks it will go down for them either in being…

Hope so much he pulls through. No matter how many tragedies we get in boxing, and there have been many recently, it doesn't seem to stop the sickos on here, calling fighters cowards and wishing them damage. What a sad…

[QUOTE=The_ultimate;20124606]Patrick’s trainer and mentor Joseph Higgins response was equally heart wrenching: "I just wanted you to know that we do understand what you must be going thru as well. As devastated as we are, we realize you are equally devastated.…

If this poor kid passes away, that would be the 3rd one in just a few months time. How long until someone steps in and forms some sort of universal commission to at least try to make fights safer. Maybe…