The 32-year-old Chaney, who resides in New London, Connecticut, last fought on Oct. 11, knocking out Santander Silgado in the opening round. He has been busy of late, having fought four times within the last eight months. 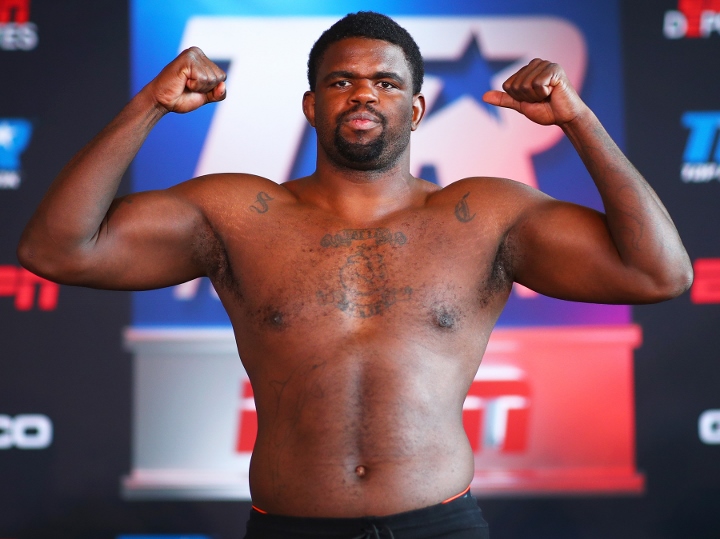 From the opening bell, the taller and stronger Chaney was the aggressor, walking Jones down and throwing two-punch combinations to the head and body. Jones was on the defensive, fighting off his back foot or grabbing onto Chaney during numerous exchanges.

With about a minute left in round two, Chaney almost dropped Jones with a right hand to the head. Jones was able to stay on his feet and fight back, but the inevitable end was near.

The end came in round three as Chaney landed consecutive left hooks to the body followed by a right uppercut to the head, dropping Jones to the canvas. Referee Leo Gerstel counted Jones out at 1:22.

Chaney, who is promoted by Main Events, has now stopped his last seven opponents.

Jones, from Oklahoma City, has lost his last three bouts, and by knockout, and drops to 7-3, 5 KOs.

Junior middleweight prospect LeShawn Rodriguez (12-0, 9 KOs) of Shirley, New York stopped Francisco Castro at 46 seconds of the eighth and final round. Castro (28-12, 23 KOs), who is originally from Ciudad Juarez, Mexico and now resides in El Paso, Texas, has now lost eight of his last nine bouts.

Promoter of the card was Nick DiSalvo, who runs Boston Boxing Promotions.

There are several unbeaten prospects nowadays, who go on fighting bums. Why not trying to elevate their record and fight among them? They did this with Dubois vs Gorman, but nothing else. Make Chaney vs Ajagba, Dubois vs Joyce, kownacki…