Casimero: A Win Over Tete Would Be The Biggest Of My Career

Johnriel Casimero has claimed title fight wins in seven different countries, but senses that a victory this weekend will rank among the best of all.

The well-traveled former two-time titlist and current interim beltholder is brimming with confidence ahead of Saturday’s showdown versus bantamweight title claimant Zolani Tete, which takes place in Birmingham, England. A win by Philippines’ Casimero will make him a three-division titlist, not to mention elevating his already storied career to new heights.

“It would definitely rank among my best wins ever,” Casimero (28-4, 19KOs) told BoxingScene.com. “It would be the biggest, given the stage it’s on.” 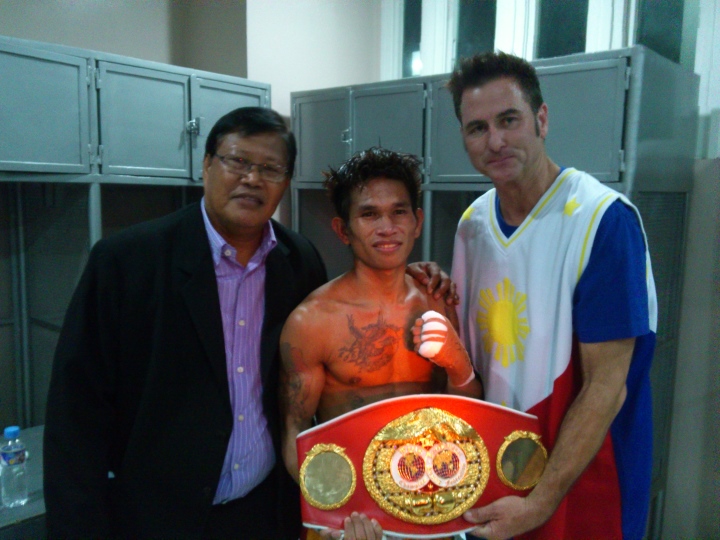 The bout marks the sixth attempted defense by South Africa’s Tete (28-3, 21KOs), who has fought primarily in England since signing with Frank Warren’s Queensberry Promotions in 2016. The setting provides Casimero with yet another road trip, although he doubts it will prove as hostile as past title wins.

“Knocking out Cesar Canchilla in the 11th round in Nicaragua was special,” Casimero recalls of their Dec. 2009 interim 108-pound title fight. “But my fight with Luis Lazarte—the “riot” fight—was the most thrilling.”

Casimero claimed his second interim title in a 10th round knockout of Lazarte in their wild Feb. 2010 fight in Mar del Plata, Argentina. The bout featured four knockdowns, three point deductions and a full scale riot complete with venue chairs being tossed into the ring, with Casimero and then-manager Sean Gibbons—who now heads Manny Pacquiao’s MP Promotions, which represents Casimero—fortunate to live to tell the tale.

There has also been his pair of fights with then-flyweight titlist Amnat Ruenroeng, with Casimero suffering a horribly officiated 12-round decision in their June 2015 clash in Thailand. The rematch 11 months later in Beijing, China proved far more productive, with Casimero erasing a three-round deficit with a 4th round stoppage to dethrone the long-reigning titlist and become a two-division champ.

The reign was shortlived, dropping and stopping then-unbeaten Charlie Edwards on the road in London’s O2 Arena in Sept. 2016 before being forced to give up the belt. He’s since won five of his last six starts, including an interim title-winning knockout of Ricardo Espinoza in April, defending the belt in a 10th round knockout of Cesar Ramirez in August.

Saturday will mark Casimero’s fourth fight of 2019 and now appearing in his fourth country in his last five starts dating back ot last July. Having literally traveled the world and facing the very best, a victory in this weekend’s headliner—which airs live on BT Sport in the United Kingdom and ESPN+ in the United States—will certainly be one to savor in a career filled with time capsule moments.

“I’ve had so many wins I’m proud of, but this would absolutely be the biggest of my career,” believes Casimero.