Casimero: I'd Honored To Represent MP Promotions vs. Inoue

You’d be hard pressed to find a boxer from the Philippines who doesn’t look up to Manny Pacquiao.

So, imagine the feeling experienced by Johnriel Casimero when he received the call to represent the legendary southpaw’s brand.

The former two-division titlist was among the first handpicked by Pacquiao’s longtime advisor Sean Gibbons to represent MP Promotions, the promotional company for the eight-division and reigning welterweight title claimant.

“It’s an honor that The Senator Manny Pacquiao picked me as one of the top fighters in the Philippines to sign with his company,” Casimero (28-4, 19KOs) told BoxingScene.com of the opportunity to represent his company. “I’m very happy that The Senator has faith in my abilities and that he has picked me to win and represent MP moving forward.” 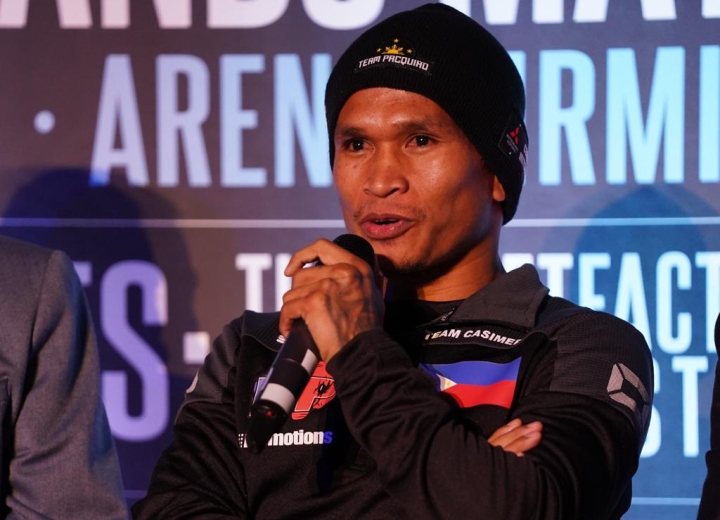 The 30-year old boxer will proudly fly the MP banner this weekend, as he aims to become a three-division titlist. The current interim bantamweight titleholder looks to upgrade to the full version, as he faces long-reigning titlist Zolani Tete (28-3, 21KOs) this weekend in Birmingham, England (Saturday, BT Sport/ESPN+, 2pm ET).

Casimero is riding a four-fight win streak into the dangerous assignment on the road, as South Africa’s Tete has fought primarily in England since signing with Frank Warren’s Queensberry Promotions nearly four years ago. Saturday will mark Tete’s attempted sixth title defense, while Casimero is considered a live underdog to end that reign in becoming a three-division titlist.

A win on Saturday, however, is hardly the end game. Rather, the fight serves as means to secure the biggest opportunity that awaits anyone in or around the bantamweight division.

“After Tete, I will be honored to represent MP Promotions when we get to face “The Monster” Naoya Inoue,” insists Casimero.

Johnriel Cuadro Alas Casimero has been proven around the world including England.:boxing::notworthy