In his last fight in July, Takam was beating down Dereck Chisora for seven rounds. But in the eight, Takam got caught with a right hand that dropped him down hard. He never recovered and was knocked cold in the same round. And prior to that, he was stopped by unified heavyweight champion Anthony Joshua in October 2017.

Gashi knocked out Ruben Mino on December 1, and suffered a disqualification loss to Tom Schwarz in April. 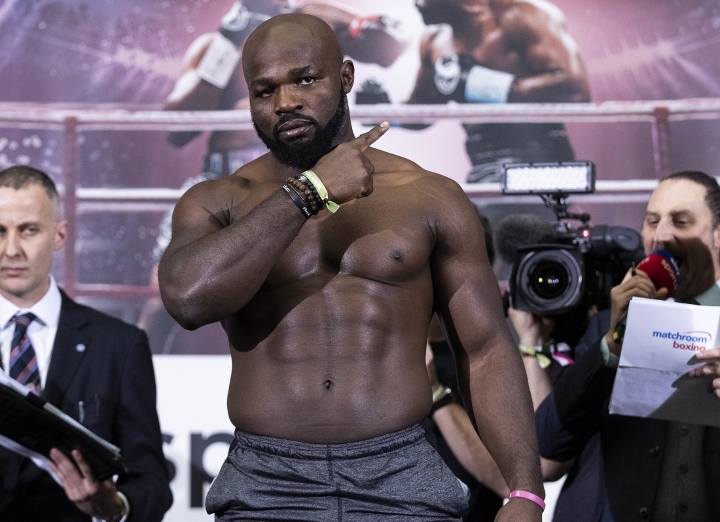 Takam came out pressing the action, taking the fight to Gashi, who was on the back foot and looking for openings. Takem was settling back once the second round came about, by slowly picking his shots and coming forward.

By the sixth round, the two fighters were battling on the inside and trading punches at close range. Both had their moments, with hard punches getting off.

They were trading big bombs in the seventh. Takam was by far outlanding Gashi with some serious leather.

In the eight, a big right hand sent Gashi down. Gashi beat the count, with Takam jumping right on him with big punches to score a second knockdown. Once again Gashi got up and Takam went after him with big shots. Gashi was doing his best to fight back, and Takam connected with a big left that sent Gashi down for a third time and the fight was quickly waved off.

Nice to see him come back to winning ways. I have special love for this man. Hez a warrior.

Decent fight that was