Carlos Ruiz Gets Back To His Winnings Ways With TKO

Ruiz (16-4-2, 6 knockouts) opened a cut over the left eye of Guzman. The cut was severe enough blood began gushing out, making it difficult for Guzman to see out of his eye.

The bout was stopped at 31 seconds of round two on the recommendation of the ringside physician. 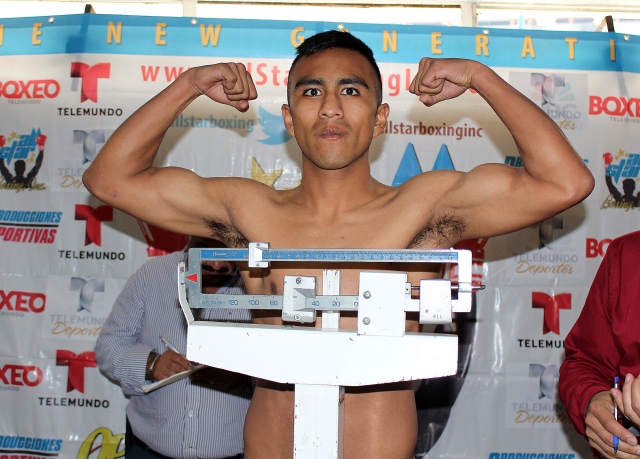 Ruiz, who was ranked as high as number six by the WBO as a junior lightweight in 2016, is now campaigning at 126 pounds. The Mexico City resident has recently fought on a handful of Boxeo Telemundo telecasts.

In welterweight action, Diego Jimenez (1-2, 1 KO) knocked out Vladimir Sandoval, who was making his pro debut, at 1:54 of the second round.

[IMG]https://media2.fdncms.com/sevendaysvt/imager/u/mobilemagnum/2790038/oz-tv-show-3-luis-guzman-700x393.jpg[/IMG] Beating an old actor is nothing special