This will be the first fight card under the new deal Premiere Boxing Champions recently signed with FOX and takes place at the Barclays Center in Brooklyn, NY.

The 30-year-old Negron recently signed with Jay Jimenez who also works with top heavyweight contender Luis Ortiz.  The former Puerto Rican Olympian is very grateful for the opportunity and believes that he is very close to getting to the top of the sport. 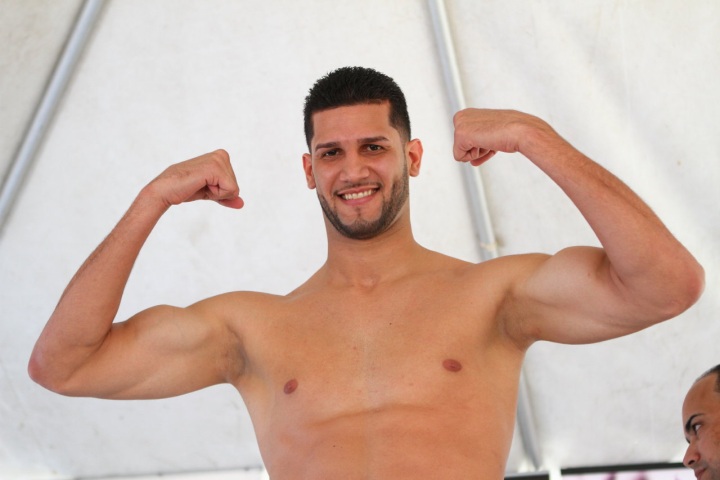 He hasn't been very active in recent years, having only fought once last year and this will be his first fight of 2018.  He believes that he now has the right team assembled and plans on being much more active in the future.

"First of all I'd like to give thanks to God for listening to my prayers and giving me faith  I also would like to thank my mom, my brothers and especially my dad for always being there to keep my head up and keep me following my dreams because as anyone who knows this sport - it's a hard task and it takes a lot out of you," said Negron.

Breazeale is the WBC's mandatory challenger and must defeat Negron to get a shot at his nemesis Deontay Wilder. Breazeale has also been in the ring against WBA/WBO/IBF/IBO heavyweight champion Anthony Joshua so Negron knows a win over Breazeale would go a long way towards advancing his career.

Negron believes he has the size and power to compete with any of the division's giants.

"Anyways, let's talk business. My new manager Jay Jimenez from King Kong Boxing gave me a call and says how about a crack at Dominique Breazeale? I said why not? Let's do this this! This is exactly what I wanted, a chance to show my people what I could do. I want to be the first real born and raised Puerto Rican heavyweight champion so come December 22nd, I will fight with honor, heart and pride so Puerto Rico get ready because there's a new 6'6" 240 pound heavyweight in the mix now," Negron told BoxingScene.com.

Keep sleeping on Negron he has size and power and that's all u need in HW.

This guy must talk tough but we all know he's getting knocked out in a brutal fashion.

Breazy should take this one