Carlos Molina vs. Michi Munoz Pushed Back To May 30

The 10-round junior middleweight bout between former world titleholder Carlos Molina and veteran Michi Munoz that was scheduled for this Saturday night will now take place on May 30.

The Molina-Munoz fight will headline a five-bout card, which will be held with no fans in attendance, in Patzcuaro, Michoacan, Mexico.

Molina, who runs King Carlos Promotions, will fulfill the role of both fighter and promoter on fight night. The card will stream live on the promotional company’s Facebook and YouTube pages (7 p.m. ET/ 4 p.m. PT).

Mexico is currently in the middle of ‘Phase 3’, its most serious stage, in its response to the COVID-19 pandemic. In order to combat the spread, the purpose of Phase 3 is to reduce movement of people in public places by following social distancing guidelines to prevent hospitals and medical centers in the country from being overwhelmed, but has brought mixed results throughout the country.

June 1 is the targeted date to ease restrictions, two days after the fight card will take place. 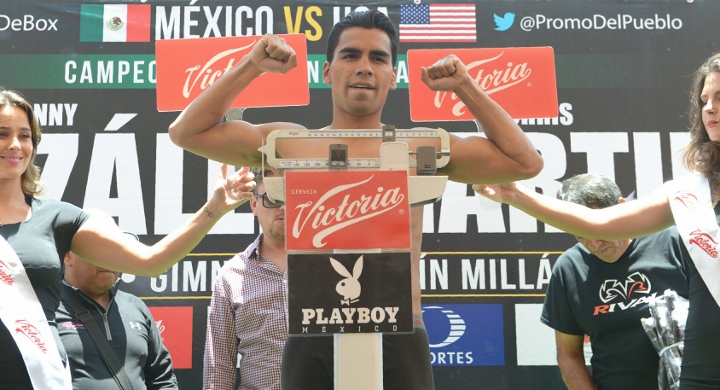 The 36-year-old Molina (31-11-2, 10 knockouts), who resides in Patzcuaro, is coming off a 10th round knockout victory over Nestor Garcia on February 14. Three of his last four bouts have been victories and taken place in Patzcuaro.

Molina won the IBF junior middleweight title in February 2013, defeating Cory Spinks by unanimous decision. He would make a successful defense of the title before losing it to Cornelius Bundrage by unanimous in October 2014.

Molina is also known for infamous draws he suffered at the hands of Julio Cesar Chavez, Jr. (2005) and Erislandy Lara (2011), both of which many felt he did enough to win.

Munoz (27-10-1, 18 KOs), who resides in Leon, Mexico, has not fought since May 17 of last year, when he was knocked out by Clovis Drolet in round six. The 39-year-old has lost four of his last six bouts, all by knockout.

In the co-feature, fringe junior middleweight contender Eric Walker will square off against Nestor Garcia in a 10-round bout.

Walker (20-2, 9 KOs), who resides in Plaquemine, Louisiana, dropped Damien Bonelli once en route to a one-sided decision on December 7. The 37-year-old has won five of his last six bouts, with the only blemish coming at the hands of Brandon Adams, who would win ‘The Contender’ series tournament.

Two unbeaten prospects who reside in Pensacola, Florida will also fight on the card.

Welterweight Alejandro Davila (19-1-2, 7 KOs), who suffered the first loss of his pro career at the hands of Mikael Zewski in his last bout on November 23, is also scheduled to fight on May 30, but does not yet have an opponent.

Until next week Saturday. Not problem, time pass fast. Boxing is coming to us soon. :boxing: