Carlos Cuadras Leaves Rehab, Ready To Get Back in The Mix

Mexico's Carlos "Principe" Cuadras has finished his rehabilitation and now he feels ready to get back in the mix.

As BoxingScene.com reported a few weeks ago, Cuadras entered rehabilitation to overcome his battles with recreational drugs and alcohol.

Cuadras will continued to fight his way back to a world title shot under the World Boxing Council (WBC). 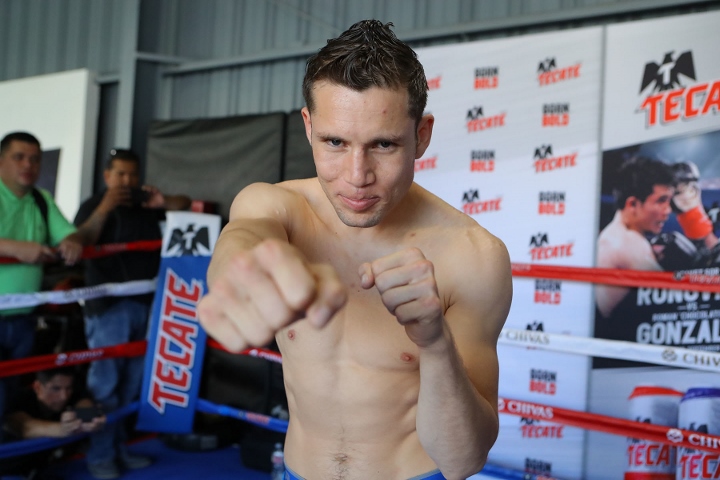 WBC President Mauricio Sulaiman has given his support to Cuadras during this dark moment in his career.

Cuadras has lost back to back fights and three of his left four contest.

He lost a twelve round unanimous decision, and his WBC super flyweight title, to Roman 'Chocolatito' Gonzalez, back in September of 2016.

Cuadras bounced back in March 2017 with a ten round unanimous decision win over David Carmona.

He then took part in a WBC final eliminator in September of the same year and lost a twelve round unanimous decision to Juan Francisco Estrada. Cuardas went down in the tenth round, which made a huge difference in the final score of 114-113 by all three judges.

Cuadras then received another final eliminator opportunity, back in February of this year against a comebacking McWilliams Arroyo of Puerto Rico. In what many saw as an upset, Cuadras lost a ten round majority decision.

The Mexican boxer still holds a win over several notable opponents, including current WBC super flyweight champion Srisaket Sor Rungvisiai - who in the last year defeated both Gonzalez and Estrada.

After beating Sor Rungvisai, Cuadras made five defenses of the title before the loss came to Gonzalez.

Sor Rungvisai won a close twelve round decision over Estrada in February. A rematch between the two of them is being targeted for September - and Cuadras wants to secure the winner of that contest - although Arroyo is first in line to get the victor.

[QUOTE=Rock&Roll18796188]No, it's not always true. What i assume is meant by that saying is - once you have been down that road, you will always have a little itch that wants to be scratched. You can't really predict a trigger…

[QUOTE=Koba-Grozny;18793394]I ain't at all sure that's the true, man. Probably smart to be aware of your triggers, though... just in case. But yeah. Good luck Carlos... if you only ever win one more fight in your life, make sure it's…

Well, that was quick. I just hope the WBC make sure he takes drug tests just to be on the safe side. Wouldn't want to give him excuses to not have to do the tests. That would definitely be dodgy.