Carlos Castro vs. Cesar Juarez To Land on Zepeda-Lopez Card

Boxing resumed in the United States in June as Top Rank and ESPN began showing fights twice a week and will continue to do so at least through the end of July. The fights all take place at “The Bubble” inside the MGM Grand Hotel and Casino on the Las Vegas strip.

One of the fights on the horizon is former title challenger Jose Zepeda taking on late replacement Marcelino Lopez on July 7th as reported by BoxingScene.com's Keith Idec. Zepeda was originally slated to face former champion Ivan Baranchyk who pulled out of the fight because of a rib injury.

Lopez has won four straight bouts, all by knockout, since losing a split decision to Michael Perez in April, 2017.  The highlight win during the streak is a second round knockout of Pablo Cesar Cano. 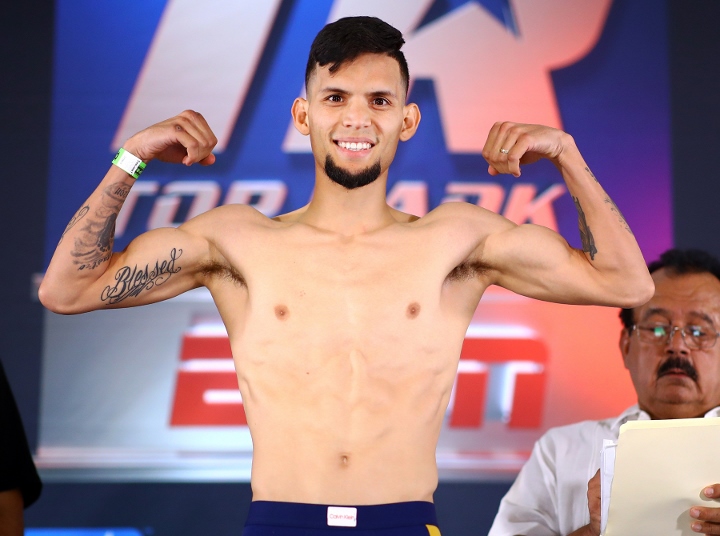 Last week it was announced by BoxingScene.com that super featherweight contender Andy Vences will face Luis Alberto Lopez of Argentina on the undercard in a crossroads bout.

Castro, who is from Phoenix, Arizona, is coming off of a majority decision victory over veteran Jesus Ruiz on the Tyson Fury-Deontay Wilder undercard in February.

Juarez was stopped by super bantamweight prospect Angelo Leo in eleven rounds his most recent outing in December. He has faced several top fighters in the division including Nonito Donaire and Isaac Dogboe.