Former WBC welterweight champion Carlos Baldomir was sentenced to 18 years in prison on Wednesday for the repeated sexual abuse of one of his daughters, a court in Santa Fe announced.

The 48-year-old, who reigned as WBC champion in 2006, was arrested in 2016 following allegations by his ex-wife that he had abused his daughter between 2012 and 2014, when she was seven to eight years old.

He was unanimously convicted of “repeated sexual abuse” of a minor. 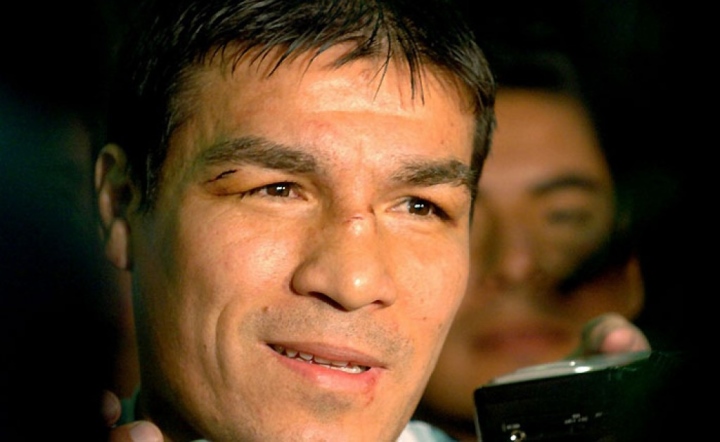 The sentence was read out behind closed doors to protect the identity of the victim. Prosecutors had sought a 20-year sentence.

When the trial began on Thursday, Baldomir showed his middle finger to those present, a gesture recorded by television cameras.

Baldomir’s greatest career highlight came in January 2006 when he shocked the unified welterweight champion Zab Judah, who at the time was scheduled to face Floyd Mayweather on HBO PPV and took the fight as a stay-busy bout.

After a successful defense of his WBC crown against the late Arturo Gatti, Baldomir lost his title by way of a lopsided twelve round decision to Floyd Mayweather in a November 2006 HBO pay-per-view bout.

He was brutally knocked out four years later by then a rising star in Canelo Alvarez, in a fight that was showcased by HBO.

He started his career as a trainer and in 2016 was given an award by the Argentine congress for achievement in sport.

When the accusations came down against him, Baldomir was living with his current wife and four-year-old son. He has three daughters from his first marriage.

Crazy to think this is the guy Mayweather fought instead when he ducked Margarito.

[QUOTE=etech1;19960211]That just means that you got a good read on yourself and the women around you. I'll see a 9 on a ten scale somtimes and I'm good, but I'll see some 5 or a six and that chemistry is…

deserves every year of it

Dude is a monster.

[QUOTE=Shadoww702;19960167]Yup! They play the victim card and never stop.... Only so many times can you be a victim before you realize it’s you that is the problem. I made bad choices with women and moved on but I don’t blame…