Carlos Baldomir Files Appeal, Attempts To Get Out of Prison

Former world champion Carlos Baldomir , who is detained in Penitentiary Unit 2 of Las Flores in the province of Santa Fe, indicated that "so far" the prisoners housed at the facility have taken precautions against the coronavirus. He confirmed that "there is no one" who has contracted the disease at the facility.

"Until now we are saving ourselves, thank God, there is no one with coronavirus. In having no visitors we have no contact with other people, except for the guards who see us. If it happens to any of them, then there someone can get the coronavirus, but not otherwise," Baldomir told 442.

Baldomir was sentenced to 16 years for the crimes of "sexual abuse committed against a minor under the age of 18." 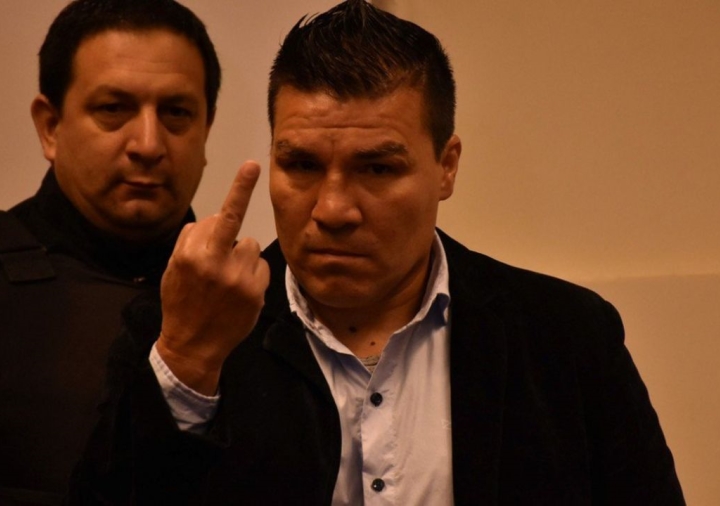 As BoxingScene.com reported a few weeks ago, there was a riot at the prison and initially it was reported that Baldomir was one of the inmates who was killed during the riot.

But Baldomir's family members, along with prison officials, denied the circulating reports.

"I did not know anything that I had been presumed dead... it only at around at one o'clock in the afternoon that I found out when they took a photo of me to show that I was alive. I was angry because my family was very worried. My family worried because they had no way to communicate with me," Baldomir said.

"We are one hundred meters away from the place where everything happened. Apparently they protested the [conditions], then they got out of hand and they killed four or five."

The 49-year-old former boxer also explained that he's trying to get out of prison with his legal team filing appeals, claiming that he was convicted with no evidence presented in the case.

Baldomir has long claimed that his ex-partner manipulated their daughter to say that he molested her for a period of two years, from age 8 to 10.

But, the court did not agree with his position on the matter and sentenced him to 18 years in prison.

"I have been detained for three and a half years. I am convicted as a murderer, a rapist, they hit me with a pipe. What they accuse me of, if it were true, I would have to pay with six or eight years [in jail], and they gave me a sentence as if I raped or killed someone... eighteen years [in prison]. Not even a murderer gets that much, because a death could cost you eight years [in jail]," Baldomir said.

"I was sentenced without evidence, because there is no medical exam to say that Baldomir raped the daughter. I am waiting for Lourdes to tell the truth. She is of legal age now, she can say that I did nothing to her, and then I am leaving here. I am expecting that, I always had that faith, I still have it that my daughter is going to tell the truth, and I'm going to leave here.

"I want to prove my innocence, but the only one who can do it is Lourdes because as we go with the appeals, I don't know what will happen. I want to be here as little as possible. I have no history of anything. no one is supposed to be locked up for something they didn't do."

[QUOTE=calemanregreso;20578831]no solid proof and they send a man to jail for years, crazy *****[/QUOTE] How do you know there was no evidence? Because Baldomir, the man who was convicted of raping his daughter says so? Of course he's going to…

This is something that could happen with any man with money. Maybe baldomir's wife had enough of him hanging around being useless to her so she set this whole thing up to get both money and new pipe. [B]Or[/B] maybe…

[QUOTE=Southpawology;20578878]No, cause then if they got on baldomir you'd just spin it and say they're racist against latinos. Theres no winning with people like you.[/QUOTE] Latino ain't a race. Poor attempt at a flip. Poor attempt at a distraction. Poor…

[QUOTE=Ray*;20579185]Yeah i hope he gets what he deserves if he is guilty. I have tried as well to get information but cannot see anything so far.[/QUOTE] I found some articles a while ago And like I said , it sounds…