Carl Frampton vs. Luke Jackson in Play For August 18

Carl Frampton is back in just under 10 weeks’ time.

The Belfast featherweight, 31, will fight at Windsor Park in the summer.

Frampton, the WBO interim champion at 126 pounds, had hoped to fight for a world title at the football stadium in his home city. 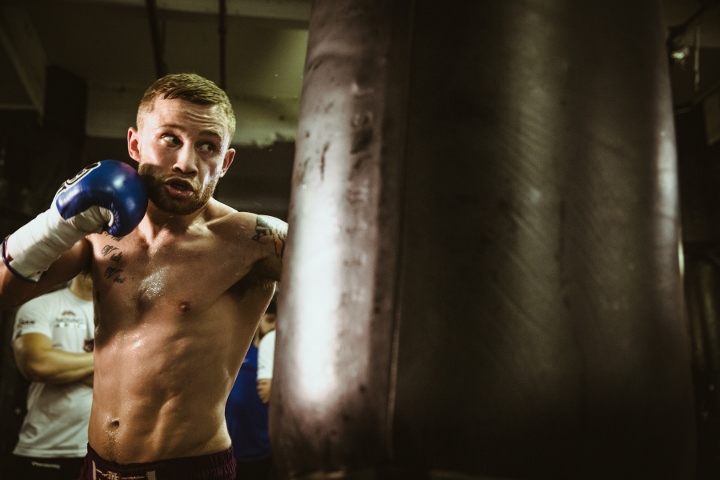 But Lee Selby, the IBF champion who was being lined up to be named as the man in the opposite corner on August 18, exclusively live on BT Sport, was outpointed by mandatory challenger Josh Warrington in Leeds last month.

After the win at Elland Road, Warrington and his promoter Frank Warren poured water on the potential of fighting Frampton on that night, leaving ‘The Jackal’ in limbo about the availability of a credible opponent.

“I wanted one of the big names, a household name or a world champion – but no-one seems to be available,” Frampton said recently. “Leo Santa Cruz and Abner Mares are ruled out because they boxed on Saturday.

“Gary Russell Jr. is ruled out because he fights once a year and he hurt his hand in his last outing.

“Lee Selby got beaten and Oscar Valdez is injured. Josh Warrington – who beat Selby for the IBF belt – does not want to fight and that is understandable because he wants to have some time off and relax.

“But it doesn’t really matter. They will come and these World title fights will come.”

The hope had been that he would be in a big fight to draw the crowds to the 18,434-capacity venue.

“I would love it to be a world title fight but, if it isn’t, it doesn’t matter,” he added. “I’m just happy to fight at Windsor and put on a good show.

“It maybe is bad timing but we will just get on with it.”

Boxing Scene understands that Luke Jackson, the undefeated Australian, is in the running to be named as the opponent of Frampton in two months’ time.

He was last in action as recently as April and is the current WBO Oriental featherweight champion.

Tyson Fury, the former undefeated undisputed world heavyweight champion who returned to the ring after a 924-day absence at Manchester Arena recently, is set for a spot on the undercard after Sefer Seferi retired at the end of four rounds in a victory that was very underwhelming.

Because all Warren cares about is getting a stadium event and his rivalry with Hearn. The interviews at the time were very telling, Warren just paid more to get him, Hearn wouldn't budge on price. And you are right, that…

Its odd how things work out. If he signed with Hearn, Valdez/Quigg wouldnt have happened, would told Arum do a keep busy fight and we'll have a big PPV in the summer. Which begs the question why didnt Warren do…

No real options for this fight really, should have secured an opponent before booking the venue