According to former two division world champion Carl Frampton, he was never paid as a director of the promotional company run by Barry McGuigan, a court was told.

McGuigan, as promoter and manager, acted in dual roles for Frampton.

After years of working together, their relationship broke down in 2017. Frampton and McGuigan have since filed lawsuits against each other.

Frampton is suing in a Belfast High Court, claiming that McGuigan withheld earnings. And McGuigan filed suit for breach of contract in separate proceedings in London. 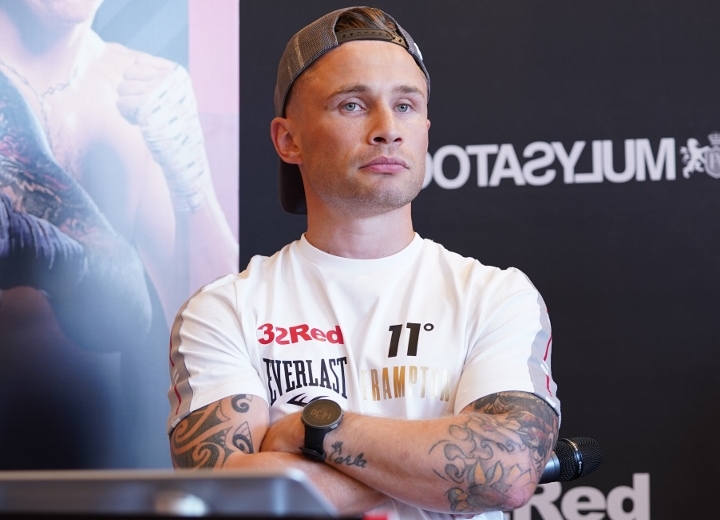 During the ongoing court proceedings in Belfast, Frampton claimed he was promised a 30% share of profits from the promotional venture.

Frampton claimed it was difficult to discuss money and sponsorship issues with McGuigan.

The 33-year-old boxer claims McGuigan withheld money from some of his biggest bouts.

McGuigan, as director of Cyclone Promotions, was in charge of monies related to broadcasting rights, ticket sales and merchandising.

"Barry made it clear we would set up our own company [and] you will get 30% of the profits," Frampton said. "Mr McGuigan made it clear I was now part of Cyclone Promotions, not only a boxer but part of the promotions."

But nothing was put in writing, with a handshake agreement between the two.

Frampton was also fuming over a tax bill his wife received, for nearly £400,000, at the couple's home.

Frampton said that was the moment that ended his eight-year working relationship with McGuigan.

"She was very angry on the phone," said Frampton. "She was at home alone with our children and someone from the HMRC (Her Majesty's Revenue and Customs) had come looking for £397,000 in unpaid Vat."

The bill was related to Cyclone Promotions, which named Frampton among its directors.

"Before the HMRC came to my house, I was still hopeful that we would resolve the issues," Frampton said. "That was the turning point for me, and I knew that I was going to have to fight Gutierrez, and I wasn't going to fight for the McGuigans again."

Carl is as straight as they come from what I've seen so I'm inclined to believe what he's saying. Hopefully he can win that 3rd world title to show the world that he can do it without the Mcguigs

Everyone knows that Mcguigan is a scumbag, he had his entire family on the Frampton payroll. Frampton had the much bigger split with Quigg yet ended up taking home less money than him.

[QUOTE=James Hunt;20753395]Frampton and the "Golden child" Josh Taylor are both "advised" by mr. Kinahan who is licked up with Arum. Didn't Arum also try to steal Benavidez from Sampson promotions but when realized that PBC stands behind them they quickly…

It always puzzles me why BBBC allows the same guy to be both manager and promoter for a boxer. There's an obvious conflict of interest.

Barry McGuigan was a great fighter, and it was refreshing when he came out with the Cyclone Promotions spiel. He was gonna put the fighters first, do everything with the fighter's interests at heart. But as it turns out, seems…