Canelo's Trainer: I Promise, Golovkin is Getting Knocked Out!

Eddy Reynoso, trainer for Mexican superstar Saul "Canelo" Alvarez, has promised that his boxer will score an explosive knockout victory when he faces Gennadiy Golovkin in a trilogy fight.

Canelo and Golovkin fought to a controversial twelve round split draw in 2017, and Canelo won a close twelve round majority decision in the 2018 rematch.

The third fight has been set down for the date of September 12. 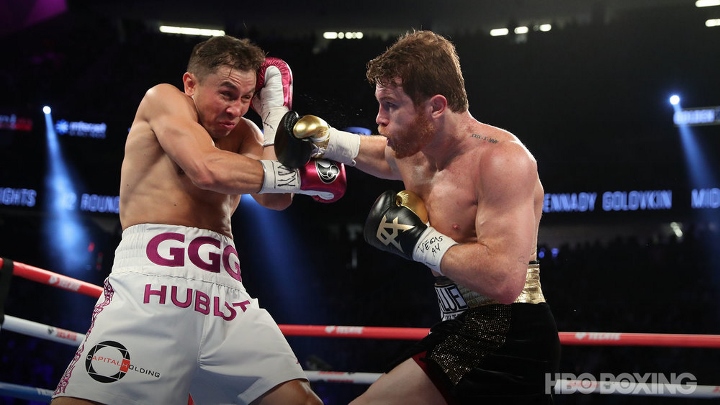 Golovkin went life and death in a war to win a close decision over Sergiy Derevyanchenko in October to pick up the IBF title, while Canelo moved up by two weight classes to light heavyweight to score a knockout of Sergey Kovalev to capture the WBO title.

While Canelo stayed on the move in the first bout and boxed, he fought a totally different style in the rematch - when he came forward and took the fight to Golovkin for twelve rounds of action.

For the trilogy, Reynoso indicates that his boxer will come out firing from the very first bell. And this time around, they are not looking for a decision. Reynoso says their goal is to score a vicious knockout for their fans and followers.

"If that fight comes to fruition, Canelo with Golovkin... Canelo will undoubtedly win by knockout," said Reynoso to ESPN Deportes.

"We are going to look for the fight like we did in the [rematch], from the very beginning, to try to put him on the back foot, but this time things are going to be very different, this time we are going to knock him out, we are promising that will happen to all of the people who believe in us."

Canelo was scheduled to fight in May, against WBO super middleweight champion Billy Joe Saunders, but the fight was pushed back due to the coronavirus pandemic. There is a possibility that Canelo will bypass that contest and head straight to Golovkin.

[QUOTE=saopaulo;20531558]picking judges cant stop corruption[/QUOTE] So what you are saying is that GGG was in on it and allowed the judges to pick Canelo?

Now let him answer questions on why his fighter threw the MW belt in the trash to duck a prime GGG.

[QUOTE=Silver Spear;20506280]GGG picked the judges and the gloves for the rematch. Are you saying that GGG is a Canelo D rider?[/QUOTE] picking judges cant stop corruption

The potential for a Canelo KO is high. BBB side knows he can’t win a decision, especially not how allowed himself to get walked down in the second fight. His only shot is to come forward and that plays right…

[QUOTE=PoserExposer;20507380]No pretty sure I don’t need to. Not when it’s on a list of banned substances by USADA and VADA. If it wasn’t on there, the onus wouldn’t be on you to defend him would it? I get it, you’re…