Former two division world champion Saul "Canelo" Alvarez is a few days away from the biggest fight of his pro career - and he's already secured a big victory in his favor.

A Miami appeals court has ruled that Canelo will not have to pay an $8.5 million jury award to All Star Boxing, who promoted the boxer for 15 months. Canelo will still have to pay some type of damages, but it's believed to be much smaller than the initial number.

According to the Miami Herald, the Third District Court of Appeal ruled that the $8.5 million amount decided on by the jury was based on “speculation.” The case now goes back to the initial trial judge to figure out a new amount. 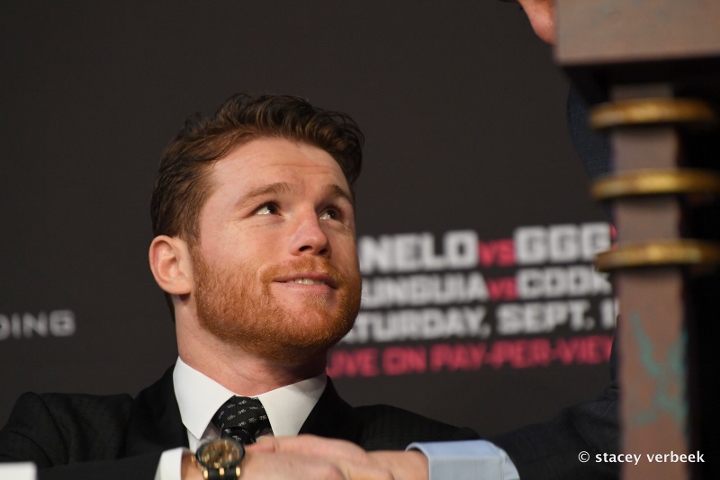 All Star Boxing, which is run by Tutico Zabala of Florida, promoted Canelo when he was about 18 years old and just starting out, from September 2008 to December 2009.

During that time, the company landed him nine fights, paid for all of his expenses and got him TV time.

They claim Canelo violated their promotional agreement, to sign a multi-year deal with Golden Boy Promotions. All Star sued Canelo and Golden Boy.

Canelo has long claimed that he never had a signed contract with All Star.

“This was a unanimous decision from the appeals court, and also pretty much of a knockout,” said Joel Perwin, one of the lawyers representing Canelo, to the paper.

Perwin believes Canelo will likely only have to pay back about $50,000 for the shoes, airfare and other out-of-pocket expenses documented by All Star.

In 2016, a Miami-Dade civil jury removed Golden Boy from any liability, but they ordered Canelo to pay $8.5 million in punitive damages.

The appeals court ruled that All Star did not present evidence that would justify a specific amount for damages. Instead, jurors relied on assumptions about how much Canelo might earn were he to fight twice a year.

[QUOTE=GBP4LIFE;19095827]Hahahahaha cold world.. trying to live off another mans hard work.. Canelo leaving HBO after Saturday as well.. the wins will keep coming..![/QUOTE] Contract is up How is Canelo leaving HBO a win? It was a successful partnership

Hahahahaha cold world.. trying to live off another mans hard work.. Canelo leaving HBO after Saturday as well.. the wins will keep coming..!

This is no win you were just wrong on your first article about the 8.5 million. Nice headline though.

[QUOTE=markther;19095390]DRAGON PHARMACEUTICAL’S stock just went up with 8.5 million worth of shares. [IMG]http://www.anabolics-sa.co.za/anabolics/wp-content/uploads/2018/05/Clenbuterol-1.jpg[/IMG][/QUOTE] Damn Canelo hit the Trifecta!!! He won his appeals. His stocks in Clen just skyrocketed. Now all he needs to do I beat GGG. FUK he can…