Canelo: We Are Going To Win This Fight By Staying at Home

Mexican superstar Saul "Canelo" Alvarez is the latest high profile boxer to urge everyone to remain home and practice social distancing during the ongoing cornavirus pandemic.

The pandemic has shut down all sporting events for the next few months, including boxing - which saw the majority of the events canceled in April, May and even June.

Most countries have issued lockdown orders, where citizens have been ordered to remain at home and leave only when necessary. 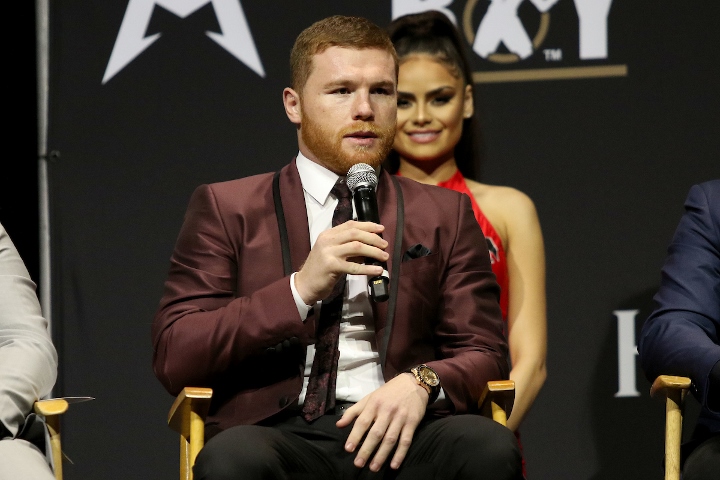 Canelo was last seen in action in November, when he moved up by two full weight divisions and knocked out Sergey Kovalev to capture the WBO light heavyweight crown. Prior to that, in May of the same year, he won a twelve round unanimous decision over Daniel Jacobs.

Canelo had been scheduled to fight on May 2 in Las Vegas, as part of Cinco De Mayo weekend, against WBO super middleweight champion Billy Joe Saunders. But it was postponed due to the pandemic.

There is no guarantee that Canelo vs. Saunders will even happen, because there is already an agreement in place for Canelo to face Gennady Golovkin in a trilogy fight on September 12. Golovkin, who holds the IBF middleweight title, would likely have to move up to 168-pounds for the fight.

Should Canelo-Saunders get pushed back too far into the summer, the Mexican star would likely bypass the fight and head directly to the contest with Golovkin.

Canelo fought Golovkin to a controversial twelve round draw in 2017, and then a year later Canelo won a close majority decision in the rematch.

[QUOTE=MASTER OF you;20504028]dirty cheating clenelo alvarez is a chicken shi!eet ducker. she's praying this virus does not go away. she wants to delay the bjs fight better yet she wants to avoid bjs all together to fight a non threat…

dirty cheating clenelo alvarez is a chicken shi!eet ducker. she's praying this virus does not go away. she wants to delay the bjs fight better yet she wants to avoid bjs all together to fight a non threat also she…

Canelo being at home and instructing others to do as well I wonder if Shadows Kunt 000 is right next to him on his knees sucking Canelo off ? Bindness , what you say ?

[QUOTE=daggum;20500991]we are also going to win by taking roids. im with canelo![/QUOTE] Lmao I’m a Canelo fan but this made me laugh.