In a year where Saul ‘Canelo’ Alvarez vowed to collect all of the middleweight belts, his next move could instead be departing with yet another title.

As previously reported by BoxingScene.com senior writer Keith Idec, the reigning World middleweight champion is in danger of being stripped of his International Boxing Federation (IBF) title unless he honors a mandatory title defense versus Sergiy Derevyanchenko. The bout is now subject to a purse bid, which the IBF has officially ordered on Tuesday.

The purse bid hearing is scheduled for Tuesday, July 23 12:00pm at IBF headquarters in Springfield, New Jersey. The respective camps for Alvarez and Derevyanchenko have been formally notified by the IBF via letter, of which BoxingScene.com has obtained a copy. 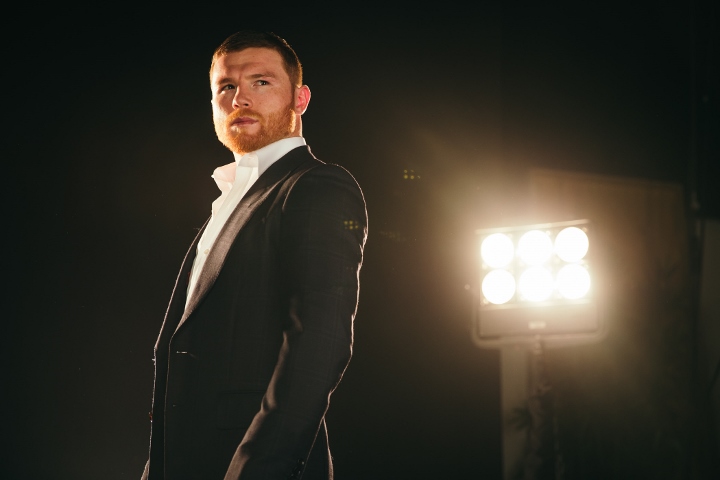 Alvarez (52-1-2, 35KOs) was first formally notified of the upcoming mandatory title defense by the sanctioning body on May 15. The initial alert was sent in haste, insisting he was locked into a mandatory defense whereas he was actually granted a 30-day period where he could file an exemption to instead take on a voluntary defense.

The window expired, however, on June 15 with neither Alvarez nor Golden Boy Promotions making contact with the IBF or with Derevyanchko (13-1, 10KOs), whose team includes promoter Lou DiBella, manager Keith Connolly and adviser Al Haymon.

Alvarez inherited the mandatory following a 12-round win over exiting IBF titlist Daniel Jacobs in their title unification clash this past May in Las Vegas, Nevada. Both boxers knew going in of the pending challenge awaiting the winner, with Derevyanchenko moving back into the number-one contender position following a 12-round win over Germany’s Jack Culcay this past April.

A pressing dilemma facing Alvarez comes in the form of sports streaming platform DAZN—with whom he signed the richest contract in boxing history last fall—flexing its muscles in urging the Mexican icon to next face either Gennadiy Golovkin in a third fight, or reigning light heavyweight titlist Sergey Kovalev, a fight in which Alvarez would move up in weight.

DAZN has so far approved only those two names as suitable opponents for Alvarez’s next fight, which is being eyed for September. The DAZN brass has yet to comment on whether any other alternative would be accepted—including Derevyanchenko or unbeaten WBO middleweight titlist Demetrius Andrade.

With Alvarez making a reported $35 million per fight under his record-breaking contract, it seems that parting with another title is in his immediate future. He has already handed off the WBC title to unbeaten Jermall Charlo, accepting in exchange a designation as WBC “Franchise” champion.

Should he relinquish the IBF title, it will mark the second straight time Derevyanchenko will be in line to fight for the vacant belt. He dropped a competitive 12-round decision to Jacobs, under such circumstances last October, their title fight coming about after Golovkin gave up the belt in favor of a rematch with Alvarez last September to end his overall title reign.

Golovkin is currently the number-two contender in the IBF middleweight rankings.

[QUOTE=BoloShot;19903227]Well sh.it perhaps you didn't read the message, I said I don't like Gennady, I think he's overrated and talks a lot of bs. You mustn't be able to read at all in fact, this is hopeless I'm going around…

[QUOTE=BoloShot;19906182]Canelo was outlanded in 10 out of 12 rounds and definitely lost 8 of them. This is an argument that's long been had and everyone knows that was a BS decision. Canelo relied on the ever corrupt Adalaide Byrd to…

[QUOTE=j.razor;19904465]So tell me where golovkin won in the 1st fight with Nelo. Give me punches landed with the time on the rounds.[/QUOTE] Canelo was outlanded in 10 out of 12 rounds and definitely lost 8 of them. This is an…

[QUOTE=BoloShot;19903239]I think GGG won the first fight and lost the second or at most drew it but 115-113 was alright by me. Canelo has plenty of fans, they're just disliked. I think all of those fandoms I've listed have good…