LAS VEGAS – Canelo Alvarez realizes dropping back down to middleweight won’t be anything resembling easy.

The newly crowned WBO light heavyweight champion could remain at 175 pounds, particularly for a fight against WBA champ Dmitry Bivol. He is determined, though, to return to the middleweight limit of 160 pounds.

That’ll require losing 15 pounds of mostly muscle mass that he put on his 5-feet-8 frame for his 11th-round knockout of Sergey Kovalev on Saturday night at MGM Grand Garden Arena. 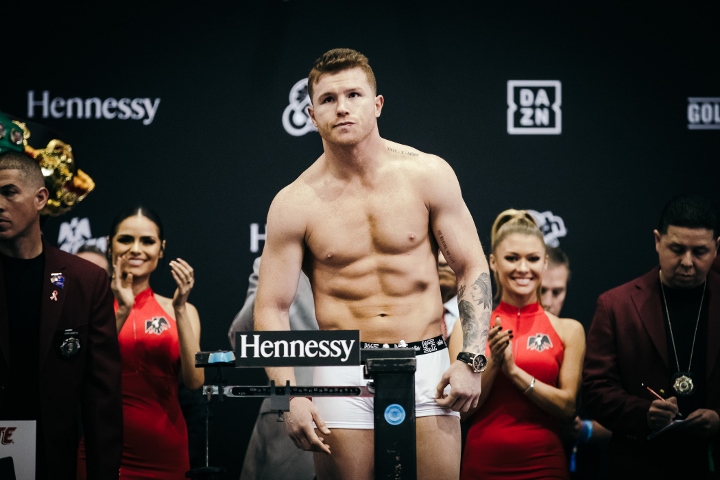 It isn’t clear exactly which fight would entice Alvarez to return to the middleweight division.

An Alvarez-Jermall Charlo fight would be compelling, but their promotional and television/streaming issues would be troublesome to navigate.

Alvarez (53-1-2, 36 KOs) has eight fights remaining on his contract with DAZN and is represented by Golden Boy Promotions. Houston’s Charlo (29-0, 21 KOs), the WBC champion, is advised by Golden Boy rival Al Haymon and has had his bouts broadcast by FOX and Showtime.

The 29-year-old Alvarez and his handlers aren’t sure which weight he’ll fight at next. All they’ve stated is that he will box at middleweight again.

“Let’s see,” Alvarez said before he beat Kovalev. “I still don’t know. But I have to go back to my weight again.”

Alvarez owns the WBA middleweight title. He also is the WBC’s franchise champion at 160 pounds, a strange designation made four months ago that eliminated the need for Alvarez to make a mandatory defense versus Charlo.

Alvarez holds the WBA’s super middleweight title as well. He hasn’t ruled out having his next fight contested at the 168-pound limit.

[QUOTE=Shadoww702;20172597]Yeah that POSht says Canelo has to fight them ALL!!! Yet that PUNK don’t want to see them fight each other???[/QUOTE] Stop lying you idiot. You know I have said multiple times that I wanted them to fight each other.…

[QUOTE=Death_Adder;20172571]Top two quotes you dumbass. First one was when I asked why is Canelo held to a different standard than Andrade, you flat out said because he's A-side. Meaning Andrade isn't getting talked about, so he can sit on his…

[QUOTE=Death_Adder;20172571]Top two quotes you dumbass. First one was when I asked why is Canelo held to a different standard than Andrade, you flat out said because he's A-side. Meaning Andrade isn't getting talked about, so he can sit on his…

[QUOTE=Death_Adder;20172249]F[I]u[/I]ck off idiot. You admitted you're ok with Andrade and Charlo sitting on their belts and Canelo being the only one that needs to fight everyone since he's A-side. Your opinions mean squat now.[/QUOTE] No I didn't. I never said…