Canelo Leaves The Door Open To Fight in Mexico in 2019

WBA, IBF, WBC middleweight champion Canelo Alvarez, and his promoter Oscar De La Hoya of Golden Boy Promotions, have left open the possibility of a fight in Mexico for the month of September.

Earlier this month, Canelo won a dominant twelve round unanimous decision over Daniel Jacobs to unify the three middleweight belts at the T-Mobile Arena in Las Vegas.

Canelo has not fought in Mexico, since November 2011, when he stopped Kermit Cintron in Mexico City. 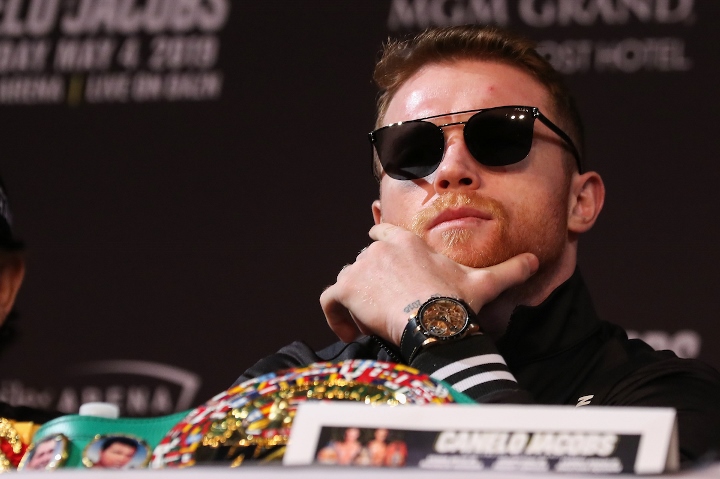 In an earlier interview, De La Hoya said that the fight in Mexico is viable. There is talk of a possible fight in the Foro Sol or Estadio Chivas, since the Estadio Azteca would has been ruled out due to the beer sponsorship backed by Canelo.

De La Hoya admits that staging an event in Mexico will have a lot to do with a top opponent being willing to travel over to face him.

There is nothing set in stone regarding the weight for his next fight.

"That depends, why not [fight next at] 175, I think Canelo has always been ambitious and wants to fight with the best, so let's sit down and analyze the situation," De La Hoya said

[QUOTE=Mr.365;19762392]Or the fact that he is a GolovTard going back on topic some chase greatness & will look to unify the division while others have their tuneup fights for the 2nd year in a row😂[/QUOTE] He is that for sure.…

[QUOTE=Verus;19762370]I notice you listed your location as Richmond, VA, the former capital of the Confederacy. [COLOR="Blue"]Perhaps that helps explain the apparent antipathy you seem to have toward Mexicans[/COLOR]. But then I don't want to condemn all of the good folks…

[QUOTE=GGG Gloveking;19762304]Canelo, Chavez, Chapo... I have a hard time keeping my Mexican drug Lord's straight sometimes. Sorry :sad2:[/QUOTE] I notice you listed your location as Richmond, VA, the former capital of the Confederacy. Perhaps that helps explain the apparent antipathy…

[QUOTE=Verus;19761974]I believe you have him confused with Julio Cesar Chavez who has consistently been linked, falsely perhaps, with the drug lords and cartels. Canelo has been linked with Carlos Slim, Luis Miguel, and other Mexican Luminaries.[/QUOTE] Canelo, Chavez, Chapo... I…