If you think the ludicrous scorecard Adalaide Byrd submitted for the first Canelo Alvarez-Gennady Golovkin fight would have eliminated her from consideration for judging another Alvarez fight, guess again.

BoxingScene.com has learned that Byrd was included in the pool of potential judges Nevada State Athletic Commission executive director Bob Bennett sent recently to representatives for Daniel Jacobs and Alvarez. Brooklyn’s Jacobs (35-2, 29 KOs) has been very open since signing to box Alvarez (51-1-2, 35 KOs) about the urgent need for the most competent group of judges possible to score their middleweight title unification match May 4 at T-Mobile Arena in Las Vegas.

Fighters and their teams have the right to contest the use of objectionable judges, but ultimately it is up to the NSAC to assign judges to fights in Nevada. Typically, the NSAC has acquiesced once objections are made in order to avoid conflicts once fights are scored. 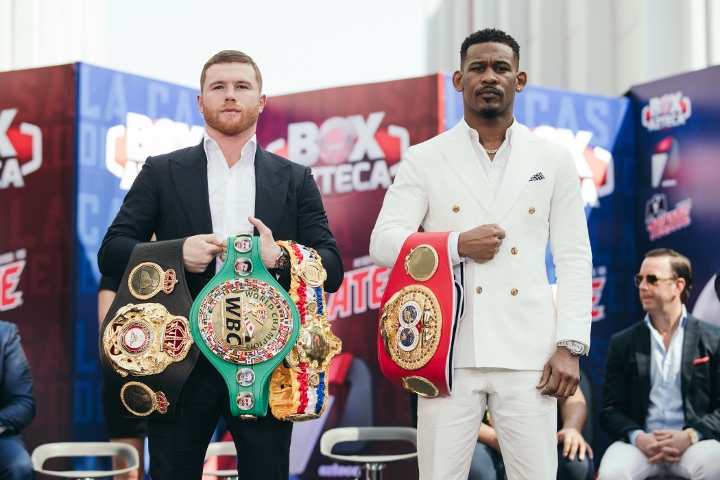 Byrd’s inclusion in the Alvarez-Jacobs pool is particularly perplexing because she scored Alvarez a 118-110 winner over Golovkin in a 12-round middleweight title fight in which Golovkin was at the very least extremely competitive with Alvarez in September 2017 at T-Mobile Arena in Las Vegas.

Nevada’s Byrd strangely scored 10 of those 12 rounds for Alvarez, who lost 115-113 on the scorecard of Nevada’s Dave Moretti. Connecticut’s Don Trella scored the first Alvarez-Golovkin fight a draw (114-114), which rendered it a split draw.

Moretti and Trella also are among the judges Bennett included in the pool for Alvarez-Jacobs. BoxingScene.com has been informed that Jacobs’ team has objected to Trella working his fight against Alvarez as well.

When asked by BoxingScene.com about the potential judges for his fight versus Alvarez, Jacobs didn’t name names. He did, however, indicate that the inclusion of one judge in particular, presumably Byrd, is not up for debate.

“I’ve had my opportunity to think about it,” Jacobs said. “I was presented with the pool of judges that they gave to us. And I think it was laughable at first. There was definitely one that was automatically out, once we got the list. But, you know, I expressed to my team what I felt about not only the judges, but the options of the referees we have.

All the negative publicity that accompanied that controversial conclusion didn’t prevent the NSAC from assigning Byrd to score another fight just five weeks after the widely disputed split draw between Alvarez and Golovkin. In all, Byrd has judged 42 fights since Alvarez-Golovkin I, almost all of which took place in Las Vegas or Reno, Nevada.

Bennett will suggest three judges to the NSAC at its monthly meeting Wednesday morning in Las Vegas. The three judges and the referee for Alvarez-Jacobs will be approved and assigned at that meeting.

Bennett is not expected to submit the names of Byrd or Trella to the NSAC for assignment because Jacobs’ team has expressed concerns about them judging his fight against Alvarez.

Nevertheless, especially close attention will be paid to those assignments because Alvarez has been involved in at least four fights in Las Vegas in recent years in which at least one of the judges’ scorecards has drawn considerable criticism.

Ross has not judged another professional boxing match since Mayweather-Alvarez.

Almost exactly a year after the dubious draw between Alvarez and Golovkin, Moretti (115-113) and New Jersey’s Steve Weisfeld (115-113) scored Alvarez a narrow winner over Golovkin in their middleweight championship rematch. The third judge, Connecticut’s Glenn Feldman, scored the Alvarez-Golovkin rematch a draw (114-114), which accounted for it resulting in a majority-decision win at T-Mobile Arena.

Byrd, meanwhile, was the only judge to have Amir Khan ahead of Alvarez, 48-47, after five rounds in their middleweight championship match in May 2016 at T-Mobile Arena. Alvarez, who was ahead of Khan on the cards of Feldman (48-47) and Nevada’s Glenn Trowbridge (49-46), knocked out Khan in the sixth round.

Jacobs, who arrived in Las Vegas on Tuesday, is well aware of the judging history of Alvarez’s fights in that city.

“It’s definitely something that plays in the back of my mind,” Jacobs said. “But I don’t let it manifest. It’s just one of those things where I know that if I do what I have to do, which I totally see being 100-percent possible, then there’s gonna be no doubt. And then, if I knock Canelo Alvarez out, to some people it’ll be a miracle. But I’m not foreign to those things anyway.”

How many judges are on this list? Its f#cking embarrassing Byrd is considered among the best judges in NV somehow. Anyone who's looked at her scoring history on Boxrec can see she's been the dissenting judge in a lot of…

[QUOTE=REYESdelBOXEO;19683500]Thanks man , with boxing debates sometimes I like to get in some rounds and carry opponents for a few rounds to torture them , but sometimes I go for the quick 1st round KO. Lol CANELO vs. Jacobs is…

Jacobs needs a KO or five KDs to win this fight. He will lose in any other scenario.

[QUOTE=Robi13;19671169]Damn, this was fire bro.[/QUOTE] Thanks man , with boxing debates sometimes I like to get in some rounds and carry opponents for a few rounds to torture them , but sometimes I go for the quick 1st round KO.…