Canelo: I Thought The Fight Would Be Much More Entertaining

Canelo with with two scores of 115-113 and one score of 116-112. The champion-vs.-champion event took place at T-Mobile Arena in Las Vegas and was streamed exclusively live on DAZN

"It was just what we thought," said Canelo. "We knew he was going to be a difficult fighter, but thank god we did things the right way, what we were going to do. It was just what we thought because of the style of fight that he brings but we just did our job. It's normal. It's obviously just a matter of adapting when they switch rightie to leftie." 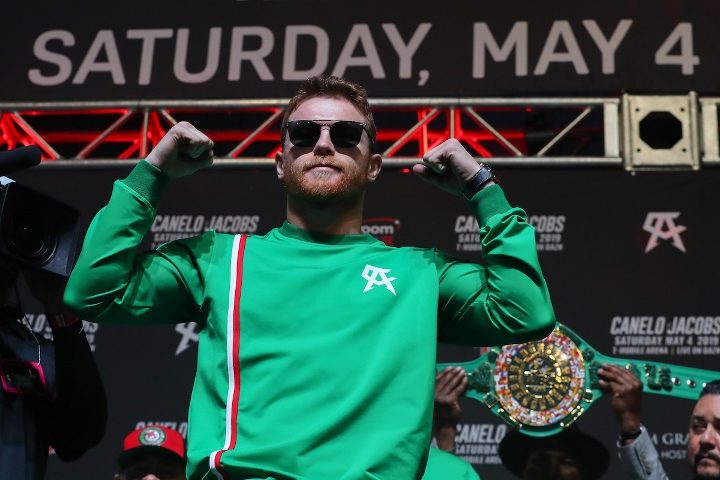 Canelo admits that he expected a much more exciting fight.

“I’m very happy. I’m very happy with what we did. Obviously I thought it would have been a much more entertaining fight for the public but we did what we can with what the opponent brings. We showed a lot of waist movement, a lot of diversity, a lot of punches. Overall I think it was a beautiful fight,” Canelo said.

Canelo was trying to stalk Jacobs in the first half of the contest, which was more of a chess match.

Jacobs needed to come out of his shell, with Canelo landing punches more regularly, though he managed to get back into the sixth round after switching to a southpaw stance.

A flurry of punches rattled Jacobs in the eighth round as the crowd noise grew in anticipation, but he responded strongly by striking with a succession of body shots and uppercuts to halt Canelo's momentum as the duo stood toe-to-toe.

The bout came to life during the closing rounds as Canelo – unbeaten since his loss to Floyd Mayweather Jr in 2013 – and Jacobs showed plenty of power, without landing the pivotal blow.

[QUOTE=Jab jab boom;19748839]I already know you well enough that once you start posting the same response multiple times and saying dumb s*** like ho-hum, it's your way of admitting your inferiority and defeat. You're out of material and no longer…

[QUOTE=aboutfkntime;19748825][B]REEKS[/B] of dumb casual-fan but claims to be a fighter :lol1: * SIGH * ho-hum, here we go again.....[/QUOTE] I already know you well enough that once you start posting the same response multiple times and saying dumb s*** like…

[QUOTE=Jab jab boom;19748820]King slayer? Now you're going beyond using British terms and wanna bring it back to the game of thrones era?? Lmaooo gtfoh you clown. I don't have to pretend about sh**. I speak facts, unlike you who said…

[QUOTE=aboutfkntime;19748795]you are no kingslayer kid and stop posing by pretending that you are a fighter all the dumb casuals tried that one, you silly clown[/QUOTE] King slayer? Now you're going beyond using British terms and wanna bring it back to…