NEW YORK – The cut Canelo Alvarez suffered over his left eye during his 12-round rematch against Gennady Golovkin was deep enough and long enough to threaten this quick return to the ring the Mexican superstar sought.

Once a plastic surgeon cleared him to train for a fight Saturday night, however, Alvarez was willing to risk that tender skin re-opening during camp. The WBA/WBC middleweight champion pushed back his sparring schedule to help that laceration heal properly, protected it well and seemingly had no issues with it while preparing for his shot at WBA world super middleweight champion Rocky Fielding.

A scar was visible over his left eye when Alvarez met with the media several times this week, but that wound appeared to be totally healed. Alvarez did have a fresher nick beneath his right eye, the consequence of a rough sparring session recently. 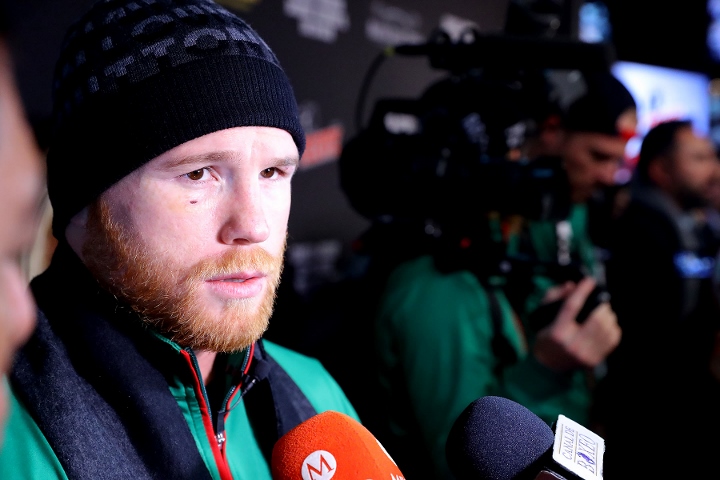 Alvarez called the scab the result of a scratch, not a cut. He also assured a small group of reporters that it wouldn’t negatively impact his performance when he faces Fielding.

“Just a little scratch,” Alvarez said, according to his translator.

There was some minor bruising below Alvarez’s right eye as well.

Fielding, 31, will make the first defense of his WBA world super middleweight title against Alvarez. The Liverpool native won that belt by stopping Germany’s Tyron Zeuge (23-1-1, 13 KOs) in the fifth round July 14 in Offenburg, Germany.

Alvarez and Fielding will headline an eight-fight card that’ll be streamed live by DAZN.

Fielding can use it as a target

Running out of places to inject his juice.

[QUOTE=SniXSniPe;19357052]Word on the street is Canelo is traumatized by his sparring session and now fears for his life against the great Rocky. Rocky is a monster and will show the world tonight why he is the P4P king and that…

[QUOTE=Rigpig;19357098]He must’ve been on top of De La Hoya and got a scrape in the heat of the moment[/QUOTE] I heard he knocked over Oscar's bag of coke on the floor. Oscar snorted what he could from the floor but…

Canelo did a good job hiding the plastic surgery.... cant see the vagina over is eye anymore.