It was a tactically contest for most of the fight, with Kovalev working his jab and doing very well to keep Canelo at bay.

Canelo began to pick up steam in the ninth and tenth rounds, by letting loose with his power punches that were tagging up the bigger man.

During the eleventh round, Canelo connected with a power punch combination to the head that sent Kovalev down and out against the ropes. The fight was quickly waved off by the referee.

Canelo, who last fought at 160-pounds when he defeated Daniel Jacobs back in May, moved up by two weight divisions to take this fight at 175-pounds. 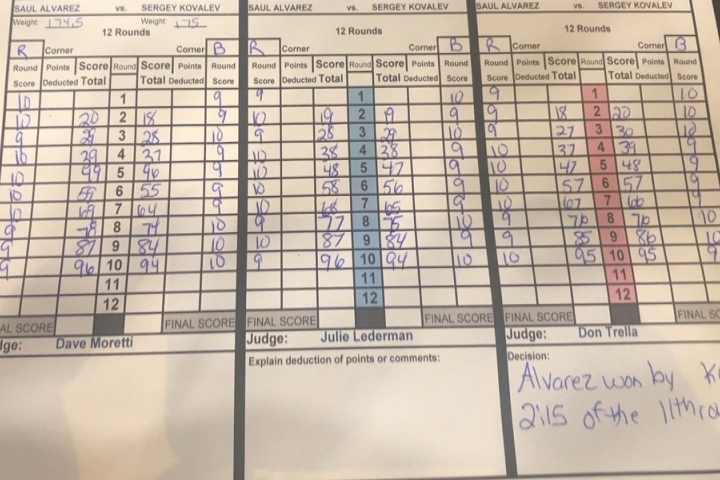 I'm glad there was no question about the KO as those scorecards are embarrassing at best. Kovalev should have been well in the lead with the way he was boxing, even if I gave Canelo the close rounds up to…

What fight was Dave watching those first 2 rounds? Canelo didn't do a single thing except missing and get a jab put in his face,and yet he gets awarded rounds for staying on his feet.

This was high profile sparring match. I love boxing but it makes me hate it with the crap they put in our face. This reminded me of the May/Conner fight. Straight joke. Kovalev didn't throw one meaningful right hand. I…

those cards were a joke, canelo won every round!