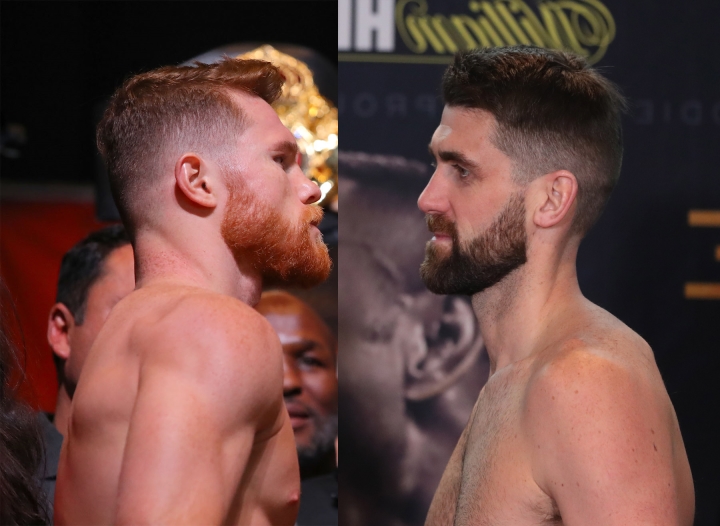 Canelo, the 28-year-old native of Guadalajara, Jalisco, Mexico, is without a doubt boxing's biggest star. After his historic win against Gennady "GGG" Golovkin in their highly anticipated rematch in September, Canelo captured the WBC, WBA and Ring Magazine Middleweight World Titles to established himself as the very best fighter in the division. Canelo will look to capture a world title in a third division against Fielding.

Fielding is a 31-year-old native of Liverpool, England who climbed the 168-pound rankings by fighting the toughest fighters in his native country. Fielding has only suffered one loss in his career, against who would eventually be a world champion in Callum Smith. Since then, he has scored six victories in a row, including his career-best win against Tyron Zeuge to capture the WBA Super Middleweight World Title in July. Fielding will defend his title in what will be his United States debut.

Additional information for this event will be announced shortly.

[QUOTE=Jab jab boom;19360731]Do you not see the trend with Oscar? Thousands of tickets available days before a fight and then all of a sudden it's a sell out? The Canelo vs ggg rematch didn't even sell out and they left…

[QUOTE=bigdunny1;19360714]Tickets available doesn't mean 4000 you idiot. They had a couple hundred verified by Ticketmaster and the actual promoters. Your entire premise was built on a lie and even the idiot who started that rumor is getting roasted and is…

[QUOTE=Jab jab boom;19360701]Msg sent out a tweet a couple of hours before the first fight saying tickets were still available. There were 4000 seats available the day before. I even checked ticket master an hour before the fights, still tickets…

[QUOTE=bigdunny1;19360592]That's a lie and procen to be fake newsm Here is a screenshot of how many tickets were left on Ticketmaster a day before the fight. But why let facts get in the way. Only a few hundred tickets the…

[QUOTE=ralex;19359509]Some people look real dumb right now lol[/QUOTE] Oh yes they do. Jab jab miss already making excuses going full re tard. Doubling down after he was already proven wrong about the nobody cares about canelo in NY and it…