Cameron Krael did it again.

The welterweight gatekeeper overcame a knockdown to defeat Ravshan Hudaynazarov by split-decision Thursday night at the Westgate Hotel and Casino in Las Vegas, Nevada. 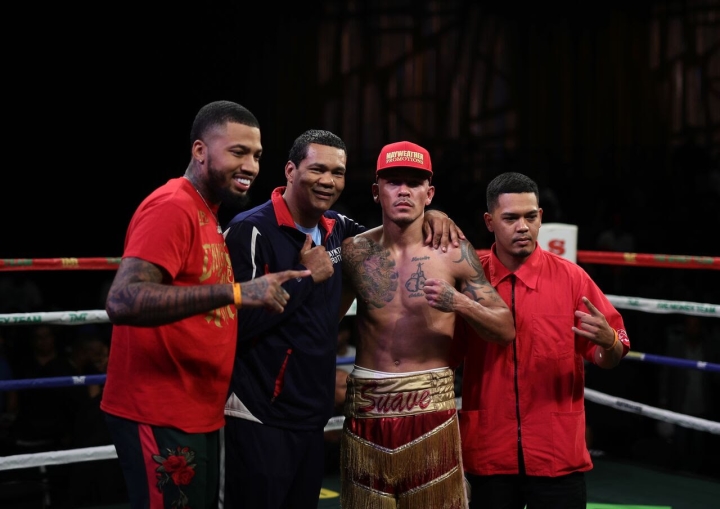 Krael has had a resurgence in his career over the last three years, defeating unbeaten fighters and prospects. The 26-year-old, who resides in Las Vegas, had lost his previous two fights entering Saturday’s clash, but did defeat then-prospect Jose Miguel Borrego in September 2018.

Not known for his punching power, Krael dropped Hudaynazarov in round three. Hudaynazarov beat the count and was able to fight on.

Both had their moments throughout the evenly-matched fight, and some rounds were difficult to score because of how even the action was. Kreal was the aggressor during the second half of the fight, where his fitness and drive allowed him to steal some of the latter rounds.

Hudaynazarov, who is originally from Uzbekistan and now resides in Las Vegas, drops to 17-4, 13 KOs.

In light heavyweight action, Britton Norwood of Las Vegas defeated previously-unbeaten Andrei Odintsev (4-1, 4 KOs) by split-decision. One judge scored the bout 58-56 in favor of Odintsev, while the other two judges scored the bout 58-56 and 59-55 for Norwood, who improves to 10-4-1, 7 KOs.

In light heavyweight action, Alex Cazac (3-2) defeated Jabrandon Harris (0-6) of Bryan, Texas by unanimous. All three judges scored the bout 40-36 in favor of Cazac, who is originally from Moldova and now resides in Portland, Oregon. Cazac has now won his last three bouts after losing his first two.

In the opening bout of the Reid Boxing Promotions card, Alexander Thiel defeated Rene Silvano-Garcia by unanimous decision in a clash of Las Vegas junior middleweights making their pro debut. Scores were 40-36, 40-36, and 40-35 for Thiel