Last year, Canelo unified the WBC, IBF, WBA middleweight titles when he won a twelve round decision over Daniel Jacobs in May. He then moved up by two weight divisions to light heavyweight, to score a knockout of Sergey Kovalev to capture the WBO world title in November.

Canelo is expected to return on Cinco De Mayo weekend, with several options being mentioned. 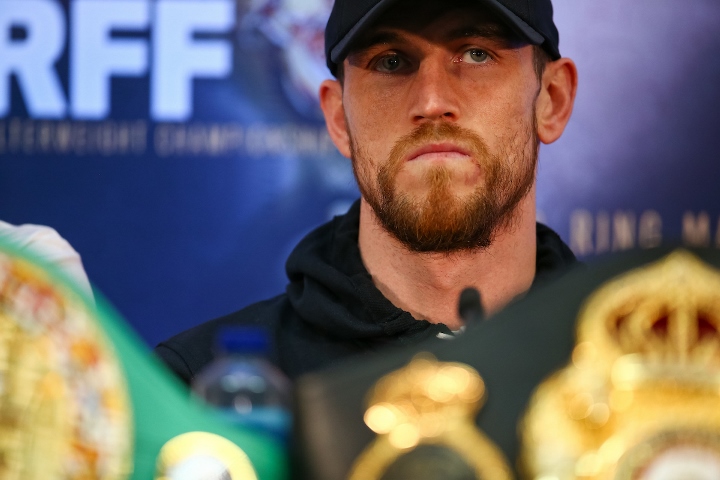 But most recent possibility making the rounds is Murata, who holds the WBA's secondary title at middleweight. There is no word if the contest would take place at 160 or the super middleweight limit of 168.

Smith's trainer, Joe Gallagher, believes Canelo is now taking the same career path as Floyd Mayweather, who fought whoever he wanted regardless of the public view.

"We can safely say that Canelo is doing what Floyd Mayweather did - he fights who he pleases and everyone just does what he says," Smith's trainer Gallagher told Sky Sports.

"Callum will be shocked and gutted, as Billy Joe will be. Everybody was waiting for the golden ticket but it has gone to Murata. I don't think this will go down well in Mexico. We've been there with Liam Smith and everybody wanted Canelo vs Callum Smith. Even in Arizona the Mexican people were pushing for Canelo vs Callum. In September Canelo will have to fight a Callum or a Gennadiy Golovkin."

Canelo has fought his entire career in the United States and Mexico - but now he appears to be very motivated to fight overseas - and facing Murata in Japan is appealing to him. Murata, an Olympic gold medal winner for Japan, is a mega-superstar in the country.

[QUOTE=techliam;20353619]Well it can be, but that’s not how the watered down modern sport of boxing works But I think we can’t expect Canelo to be judged differently to everyone else doing the same thing It’s not Canelo to blame, more…

[QUOTE=ShoulderRoll;20353433]Canelo has the right to mix in some easier fights between his tougher challenges. It can't just be one killer opponent after another with no recovery fights in between.[/QUOTE] Well it can be, but that’s not how the watered down…

Canelo has the right to mix in some easier fights between his tougher challenges. It can't just be one killer opponent after another with no recovery fights in between.

Canelo wants a tune up. i say fck it. he deserves it. Callum Smith looked horrendous in his last fight anyway. Andrade and Charlo just sitting around waiting for the golden ticket when they should be fighting each other.