Callum Smith Sees Flaws That He Can Exploit in David Benavidez

But undefeated beltholder has much bigger plans in mind - like unifying his division and facing the biggest names possible.

One fight that Smith would love to secure is a unification with WBO world champion Billy Joe Saunders. 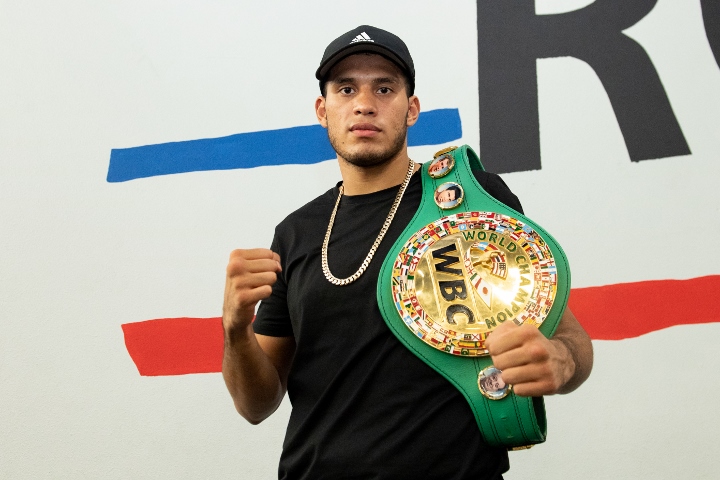 "Saunders being with Matchroom now obviously makes this fight easier to make and, if we can both get through our next fights, then I think a fight next April or May with everything on the line is brilliant for boxing over here. I still think he's a middleweight if I'm being honest, but he's done well to win a world title at super-middle, which means a fight between us means a lot more," Smith told Sky Sports.

Last month, Benavidez reclaimed his title when he stopped Anthony Dirrell inside the distance, as the co-featured attraction on the Errol Spence-Shawn Porter pay-per-view from Staples Center in Los Angeles.

Smith watched that contest with a lot of interest and saw plenty of things that he an take advantage of. He believes Benavidez leaves himself very wide open when he's coming forward and looking to land his hard combinations.

"I still see a lot of mistakes when I watch Benavidez, especially when he's on the attack," said Smith.

"Benavidez can be hit if you time him properly, because he's all over the place when he goes for the kill. He leaves plenty of opportunities for opponents."

[QUOTE=Griever0730;20112907]Brute force? Seems like every pressure fighter is accused of only using brute force to win fights. He barely got outta first gear with Dirrell bc he couldn't do anything to keep him off & it wore him down so…

[QUOTE=Adamsc151;20111680]There's loads of holes in the style of Benavidez, he is winning fights on brute force and nothing else at the moment. He's only a kid though really, so there's time to add strings to his bow. At the moment…

I like Benavidez, but he was slightly exposed in his fight against Dirrell. He seemed very one dimensional. He could probably be beaten on points. He used his size over Dirrell very effectively in the beginning of their bout....but as…

[QUOTE=boxrec;20111568]Say what you want about Benavidez ...... You don’t go from facing John Ryder and Hassan Ndou to David Benavidez. Callum will be in for a VERY big surprise when he gets in there with David. David will best this…