For all of the fights he wants but hasn’t been offered, Callum Smith is now tasked with entertaining a possible fight he’s been assigned but necessarily might not want.

The unbeaten super middleweight titlist has been ordered to next defend his belt versus countryman and mandatory challenger John Ryder. A letter was sent to both camps on Thursday by the World Boxing Association (WBA), who has granted the respective boxers a 30-day free negotiations period to come to terms for the title fight.

In the event they cannot come to an agreement, the matchup will become subject to a purse bid hearing in late September and open to all WBA-registered promoters.

Smith and Ryder are both promoted by Matchroom Boxing. 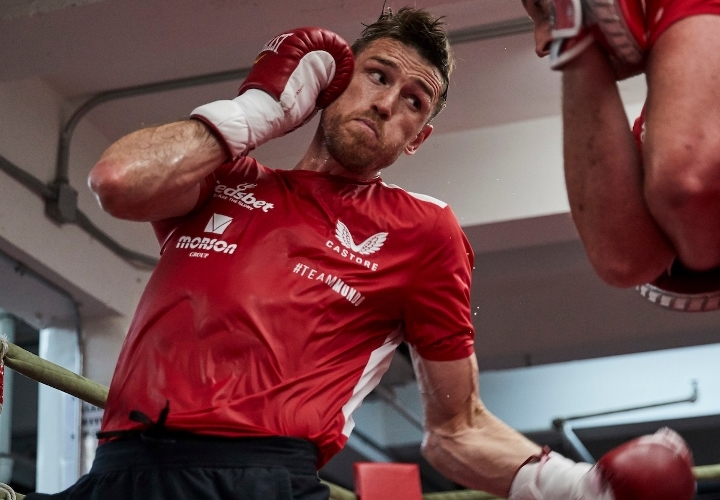 The mandatory has become overdue in large part due to the inactivity level of Smith (26-0, 19KOs), who won the crown with a 7th round stoppage of England’s George Groves last September. The bout served as the finals for the World Boxing Super Series middleweight tournament, with Liverpool’s Smith becoming the second member of his fighting family to claim a major title. The youngest of four boxing brothers hit paydirt three years after older brother Liam Smith claimed a super welterweight title; Paul and Stephen Smith have both been unsuccessful in their respective title bids.

Just one successful defense has come for the 29-year old Liverpudlian, a two-round thrashing of two-time Olympian and former middleweight titlist Hassan N’Dam N’Jikam this past June in New York City. Attributing to the nine-month break was Smith opting to spend time with his wife who gave birth to their daughter this past July.

Still, the period following his win over N’Dam has seen more reasons offered for fights not being made—such as desired showdowns with World middleweight champion Saul ‘Canelo’ Alvarez and fellow unbeaten super middleweight titlist and countryman Billy Joe Saunders—than ones that can actually be secured.

That leads to his ordered clash with London’s Ryder (28-4, 16KOs), whom has stormed into the mandatory slot on the strength of four straight knockout wins.

Ryder landed the number-one ranking with a 7th round knockout of previously unbeaten Andrey Sirotkin last October. The 31-year risked a guaranteed title shot with a showdown versus an undefeated challenger in Australia’s Bilal Akkawy, turning a potentially dangerous fight into a spectacular showcase as Ryder scored a 2nd round knockout on the undercard of Alvarez’s three-belt middleweight title unification win over Daniel Jacobs this past May in Las Vegas, Nev.

Assuming both parties proceed with the fight, the event will mark Ryder’s first career shot at a major title. He netted an interim title in his aforementioned knockout win over Akkawy.

[QUOTE=_Rexy_;20028544]How often has that actually happened? The regular champ is supposed to be upgraded to Super Champ after 5 defenses also. The WBA often forget their rules and make up new ones on the spot.[/QUOTE] Pretty sure that was why…

[QUOTE=Scipio2009;20024636]The Super champ has to fight the regular champ on a 16-month window, I believe[/QUOTE] How often has that actually happened? The regular champ is supposed to be upgraded to Super Champ after 5 defenses also. The WBA often forget…

I'd rather see the rumoured Eubank/Ryder fight.

[QUOTE=I'm Widdit!;20024709]What did BJS do to get a WBO shot against Shefat when the WBO had “stripped him at 160.” Frank Warren doe[/QUOTE] The WBO guides fighters promoted by Bob Arum or Frank Warren. Billy Joe Saunders was signed by…