Callum Smith: I Have No 'Canelo' Regrets

Callum Smith may not have been the man chosen for the money-spinning clash against Saul Alvarez –– but Eddie Hearn has insisted that he still has plenty of options available.

Smith, who won the World Boxing Super Series back in September 2018 and has since boxed just twice, had been hoping to land the fight against Mexican superstar ‘Canelo’ on May 2 in Las Vegas, but it emerged that the WBO world champion at the weight, Billy Joe Saunders, had been decided on as the opponent. 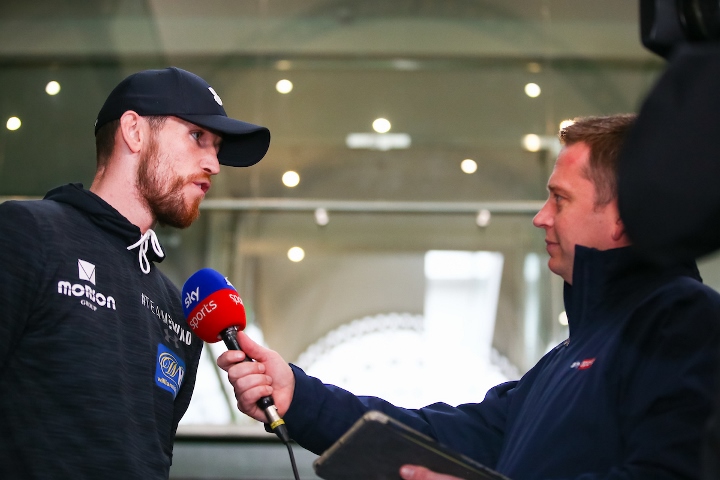 Alternative plans had started to take shape for 29-year-old ‘Mundo’, who had been gearing up for a return in late May or early June, but the coronavirus pandemic put paid to such plans.

“It’s frustrating, all this happening,” said Smith, “but we’re all in the same position, all in the same boat and we’ve just got to keep ticking over and staying ready for when we do get the green light to go again. I think there will be a lot of shows, back to back, so us as fighters have just got to be ready for one of them.”

Smith may not have been in the position to take on the golden goose in the shape of Alvarez, whose last fight was a knockout win over WBO light-heavyweight world champion Sergey Kovalev lat November, but Hearn understands that the fights with the other champions at 168 pounds are very possible.

“I didn’t get the fight but I’ve got no regrets about it,” Smith continued when talking about Alvarez. “I did everything I could to get it and even lowered my number, but right now I’ll fight any of the other three champions if I don’t get a ‘Canelo’ fight. The three of them are probably as good as each other, they’re all good fighters, who are in good fights, and they’re all world champions.”

It was revealed back in December that Smith was next in line for David Benavidez, the WBC champion, had he got past Avni Yildirim.

‘El Bandera Roja’ (22-0, 19 KOs) is just 23 and was meant to meet former Chris Eubank Jr. opponent Yildirim in January, prior to the coronavirus outbreak hitting the globe.

But for whatever reason, the fight was postponed and has yet to happen.

Canelo would've smashed him before the halfway mark. Smith is too inconsistent with his showings.

European level at best. He beat an over the hill Groves who was essentially fighting with one good shoulder. Everybody knows he lost his last fight against Ryder by at least 3 rounds.

He says he has no regrets but he can't stop talking about it.

[QUOTE=Apollo7;20503331]It would have ultimately been Smith's decision to accept or decline the offer so he can't blame Hearn. Smith doesn't need to worry about Canelo he should concentrate on getting the other titles in his weight division (which he seems…

Chances are the Canelo vs Saunders fight won't happen anyway due to all of this & Canelo will probably jump straight into the trilogy match he said he'd never take against 38 yr old ggg. So nothing for Smith to…