Callum Smith Hopes To Get Clarification on Canelo Possibility

Joe Gallagher, the trainer and manager of WBA super middleweight champion Callum Smith, is looking to get some clarification on his fighter's next move - hoping that he lands a showdown with Mexican superstar Canelo Alvarez.

On June 1, Smith returned with a crushing knockout of Hassan N'Dam on the Anthony Joshua-Andy Ruiz undercard at Madison Square Garden in New York City.

Canelo, who holds the WBA "regular" title at super middleweight, is likely returning in September. 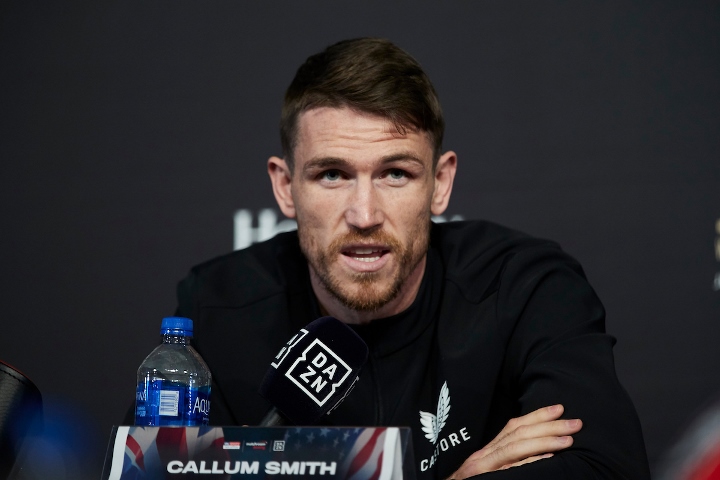 Canelo fought last month, when he won a twelve round unanimous decision over Daniel Jacobs to unify the WBC, IBF, WBA middleweight titles in Las Vegas.

Gallagher is not going to allow his fighter to get caught cold, with a short window of training time to prepare for someone like Canelo.

"Whether we get last minute 'Canelo', you've got to understand, they're like the Mayweathers now, aren't they. There's your eight weeks' notice, that's it. I messaged Eddie over the weekend. I asked for a meeting this week with him to sort out what's happening with Callum.

"Last time I spoke to Eddie, he said there was a possibility, it could be December [for Canelo]. Definitely isn't this September, but I just think to myself 'Who would Canelo fight, if it wasn't this September?' He has to defend that super-middleweight belt of his that he's got, otherwise it becomes vacant."

Gallagher believes there is a strong possibility that Canelo goes back to 168, sooner than later, to face Smith.

"Yeah, 100 percent, I definitely think it is [possible]. I think maybe if Callum Smith performed badly in New York, we would have got the phone call, but maybe they just want to make sure they are right and ready to make that next move up," Gallagher said.

"Callum Smith has got to fight in September. You either give us a date, we've got to be ready, either it's in America or it's in the UK, but we want a fight on that date, and we want to fight again in December. It's time to get Callum going."

[QUOTE=Senor_frogs;19856227]Who did he drain :lol1:[/QUOTE] You don't know about his rehydration clauses? Check out the Jacobs, Chavez and Fielding fights. The guy is a punk of the highest order. He'll do the same to Smith as well to gain any…

This guy is only interested in fighting much smaller dudes. They actually picked a shopworn middleweight contender as his last opponent and now he is trying to fight another one.

[QUOTE=Boxing Scene;19856841]He always has some kind of stupid advantage.[/QUOTE] You earn the right to those small advantages. Just like Floyd did. But he said he’ll drain someone again. Who did he drain? :rofl: