On December 19th at the Alamodome in Texas, Smith will defend his title against the biggest boxing star in the United States, Saul "Canelo" Alvarez.

Due to legal issues and the ongoing coronavirus pandemic, Canelo has been out of the ring since November of 2019 - when he jumped up by two weight classes to the light heavyweight limit of 175-pounds and knocked out Sergey Kovalev to capture the WBO title. 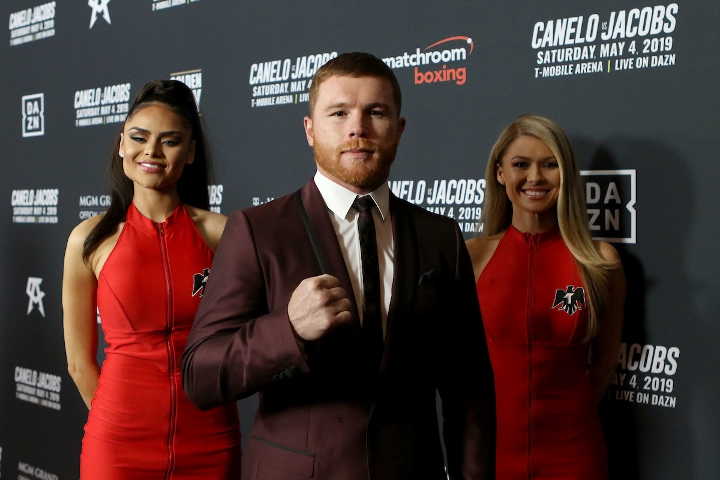 Smith has also been out of the ring since November of last year, when he struggled in his decision win over John Ryder, in a fight where some felt the challenger had done enough to win.

Now Smith finds himself in the biggest opportunity of his life.

Even when the fight was announced last week, Smith was shocked - as the entire deal had not been finalized.

"I thought that couldn't be me when I saw it because I hadn't agreed anything then. They made us an offer a few hours after he put that out but I wasn't happy with it. Thankfully we agreed to the fight in the end but even after I was still checking his Twitter to make sure it was me," Smith told Daily Mail.

If Smith wins, some will view the outcome as a massive upset. Others view the unbeaten Brit as a very live dog.

Smith believes Canelo's best weight is 160-pounds - which he aims to prove next month.

"It depends on how you rate me. If you think I'm good you won't be surprised. If you don rate me you'll probably put this one up there. Canelo's best days are at middle. At 168-pounds I beat anybody. I'm the best in the world at this weight," Smith said.

Don’t worry Callum! Your fans or Canelo haters got you!

[QUOTE=theface07;20904321]Yeah him and his Mexican butchers now have a better system for getting away with juicing. That's why Canelo needed all that money from DAZN. He had to be able to pay off all the necessary officials.[/QUOTE] Lmao!!! You said…