The boxing wheel keeps turning and the landscape at super middleweight became a little clearer when the smoke cleared last weekend.

Canelo has subsequently lined up his 2021 targets as he bids to clean up at 168 and Smith, decisioned in Texas on December 19 by the brilliant Mexican, can’t see anyone halting the icon.

“I think [Anvi] Yildrim [on February 27] is tailor-made for him, I think he’ll stand in front of him you’ll probably see a very good Canelo,” said Smith to BoxingScene.com.

“Some people have styles that make them look good and I think Yildrim will play into Canelo’s hands and I think it’s routine, he’ll get the mandatory out the way and then he can have the unifications against Saunders and Plant.

"I think the Billy Joe fight [tentatively set for early May] is interesting, we’ve always said it would be interesting against a mover and against a southpaw and stuff like that, but after being in with Canelo I think Billy Joe has the style to stay out of trouble and probably frustrate him but I don’t think he’s got the power or accuracy to catch him and put a dent in him and get his respect. Canelo’s so hard to hit clean I think it will be a matter of time before he starts to land and get to Billy Joe.”

Smith is finding it hard to think where Canelo might struggle as he moves on. Going into their fight, he thought he might have Alvarez’s number but afterwards he said it’s tough to see who can beat the Mexican.

“I said this after the fight and I said this a couple of days ago and I’m not just saying it because he beat me, but I don’t think anyone beats him at 160 or 168. I think maybe at 175 you have [Artur] Beterbiev and them but he’s basically put an end to that and said 160 and 168 are his divisions and he wants to stay and become undisputed rather than jumping up and down and winning world titles. At the moment I don’t think Billy Joe, Plant, any of them beat him.” 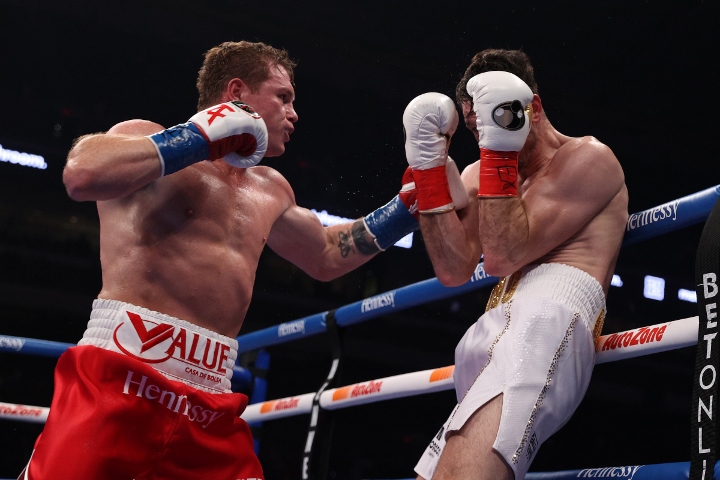 The dejection after losing to the man regarded by many as the best fighter on the planet has softened but Smith has retained his competitive instincts and he still wants more from boxing. It’s going to take some time for the 27-1 (19) 30-year-old to rest and refocus but he’s already in a better place than he was in Texas back in December.

“You get home, your wounds heal and you spend time with your family,” he reflected. “I’m a winner. I don’t think I would have got to the position I was in if I accepted losing easily but it’s always hard to take but when you look at it, I lost to a good fighter, if I lost to someone and thought, ‘You know what, I was better on the night, I’d have beat him’ it would probably kick at you but if I had 10 weeks’ notice and boxed my very best would the result be different,? No, I can’t guarantee that. He’s a good fighter, and being in with him he’s smart, he’s clever, and things you think you’d be able to do from the outside you get in with him and he takes it away from you. I’ve got no excuses. It’s still tough to take. I lost my world title which I’d worked so hard for, but I believe I’m good enough to win another one.”

For Smith, that’s uncertainty about his immediate future with regards to Covid-19, live events and shows and also the tear in his deltoid he suffered in the Canelo fight that needs to repair before he even considers getting back into full training.

“I think the way boxing is now you don’t know what shows are coming up and my arm’s still sore,” he explained. “I can’t do certain movements so I’m going to rest that more and get back in the gym and I’ll go where the best opportunities are. I always wanted to see what I was like at 175 and be a two-weight world champion but I can still make 168. I’ve done it after not making it for 13 months so I can do it but I think Canelo will fight Billy Joe and he’ll probably fight Plant later in the year so even if Canelo does get undisputed I don’t there’s much demand for a rematch between me and him. If I want to win a world title, I probably have to look at 175 so maybe if my opportunities come up there I’ll jump at them but I do believe I’m good enough to win another world title and if I didn’t I’d probably quit with what I’ve got now.”

He doesn’t want to ease himself back in, either. Smith is at a level where he needs to train with hunger, desire and fear rather than going through the motions.

“I’d like to just fight and not go back and knock someone over who jumps on the floor,” he concluded. “Being at the highest level, those are always the fights I’ve enjoyed being in and they’ve motivated me and I don’t feel that stepping back down too far will benefit me. I’m not coming off a bad knockout loss and I don’t need to get rid of any demons.