And on November 2nd at the MGM Grand in Las Vegas, Canelo Alvarez will jump up by two weight divisions to challenge WBO world champion Sergey Kovalev. 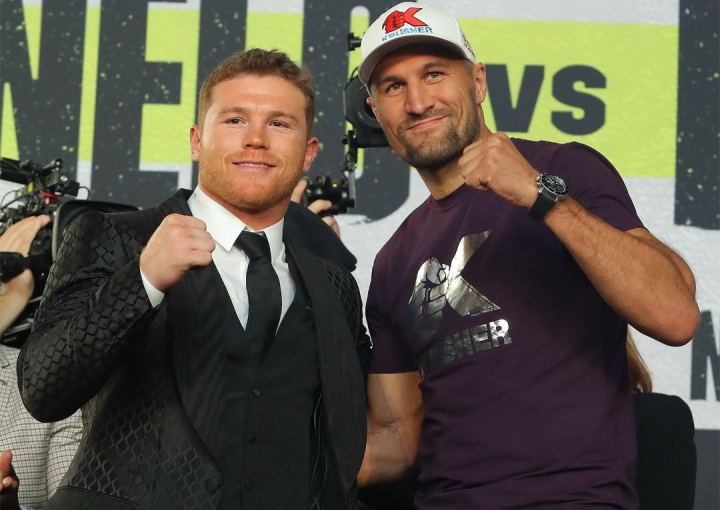 Johnson was knocked out by Beterbiev in four rounds in 2018, but not before he was able to drop the feared Russian puncher.

He believes Beterbiev and Gvozdyk are the two best fighters at 175-pounds, and he gives Beterbiev the edge to win.

"The fight tonight is the best two, I think we'll find out who is the best tonight. I think Beterbiev wins. I hope he wins! [That] might be a little bit of bias but if I'd never boxed Beterbiev I still think I'd be picking him to win because he is a very strong fighter and I just see him being too strong," Johnson told Sky Sports.

"He's also a very good boxer, he's got the amateur experience, the amateur pedigree, just like Gvozdyk, [but] I just expect Beterbiev to win. It could be a close fight. It's a genuine 50/50. But I think Beterbiev is going to come out on top."

And regarding Kovalev, Johnson views him as the weakest of the four world champions. He expects Canelo to walk away with the WBO strap.

"I think Kovalev is the weakest out of the four, to be honest, he is the weakest of the champions. Bivol is probably next. Not in terms of skill - I think Bivol is maybe the best in terms of boxing skill. But I don't think he's the strongest and most powerful. He could probably make super middleweight as well," Johnson said.

"I think Canelo [wins]. I think Kovalev has seen his best days. Don't get me wrong, it's a tough challenge for Canelo because he is jumping up two weights and Kovalev is still very, very good. But I think if anybody can beat him, now the time is right to beat him and we know how good Canelo is so it's a fight I'm looking forward to watching."

[QUOTE=hitmanjosh;20130855]Why because as great as Canelo is; Floyd beat that ass! I'm just saying[/QUOTE] Except that Floyd didn’t beat his ass, he won a bout on points. He landed 20 more “power punches” that’s less than two punches around, and…

I guess Callum Johnson is no expert and it showed in his last performance..