If there’s one of the two Calebs fighting in the main event of Saturday’s FOX card getting the lion’s share of the attention, it’s IBF super middleweight champion Caleb Plant, and not challenger Caleb Truax.

Most would say that’s understandable, considering that Plant is the man with the belt, someone nearly ten years younger than the challenger, and the fighter who was recently in the mix to face pound-for-pound king Canelo Alvarez.

In other words, Plant’s upside is considerably higher than that of Truax. And Minnesota’s Truax is fine with that perception.

“I’ve always been the underdog and I embrace that role,” he said. “I fight my best when I’m in that spot and I look forward to proving all the naysayers wrong again.”

It’s what makes Truax a live underdog this weekend in Los Angeles, the reality that he has been in this very same spot before. The last time it happened, in December 2017, he shocked the boxing world by taking the same belt he’s fighting for on Saturday. Back then, he traveled to England to take the title from James DeGale, the same James DeGale whose only previous defeat was via majority decision to George Groves six years earlier.

Truax-DeGale was another close one, the judges rendering a similar majority decision, and again, it was the 2008 Olympic gold medalist falling short of victory.

More accurately, it was Truax making believers out of skeptics and doing what was necessary to bounce back from crushing losses to Danny Jacobs and Anthony Dirrell to put championship gold around his waist. When I spoke to him after the fight, he knew that might have been his last chance to earn the title.

“Most guys don’t get one shot at a title, and I had my shot with Danny Jacobs at middleweight and hardly anybody gets two shots at a title, so I jumped at this opportunity and I approached it like it was gonna be my last hurrah,” Truax said. “So I put everything into it. I had a full camp - it was seven weeks and obviously you would have liked to have a little bit longer, but I worked my ass off for all the time I had and everything came together.” 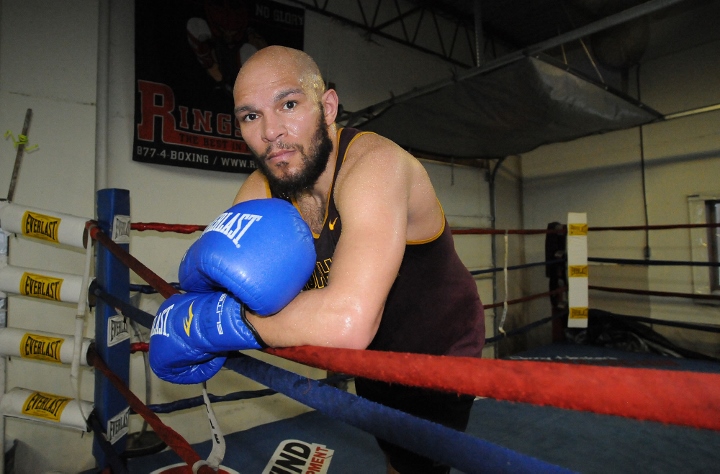 And when it all sunk in, it was the culmination of all that hard work.

“I’ll tell you what, the championship, that was one of the best feelings of my life besides my daughter being born,” he said.

The upset win was one of boxing’s feel-good stories of 2017, but as we all know, those feelings don’t often last.

In April 2018, Truax lost the belt back to DeGale, and while a win over Peter Quillin in April 2019 would have put him back in a title fight, an accidental clash of heads cut Truax and brought a halt to the match after two rounds. A rematch was scrapped due to a torn Achilles suffered by Truax, and since recovering, he’s only fought once, taking a majority decision over David Basajjamivule in January of last year that would have been a draw if not for a pair of point deductions from the Ugandan.

Forward means a title shot that may not be deserved, but one that the 37-year-old wasn’t about to turn down.

“At my age, at 37, there is no telling when I’ll be able to get a world title fight again,” he said. “So I’ve been approaching it as if this is my last shot. I’ve been very focused in camp and just determined to leave it all in the ring and get my belt back.”

Truax is saying all the right things, but can he do it? Can he halt Plant’s two-year reign, putting a notch in the Tennessee native’s loss column for the first time while putting talks of any big fights with the likes of Alvarez or David Benavidez on the backburner?

He believes he can, and that’s always the first task.

“I’m going to win because I’m the most experienced and the best fighter that Plant has ever faced,” he continues. “I believe my experience, my pressure, my conditioning and just my determination will be the factor in getting the win and I expect to do so on January 30.”

This isn’t any other fight for Caleb Truax. It’s the most important one he could have right now, the biggest since he faced James DeGale. And as a reminder, he wasn’t supposed to win that one, either, but he did, proving that ignoring the naysayers and putting in the work does pay off. He expects it to, again. The way he sees it, that grit and that ability to beat the odds is in his DNA.

“My hard-working mentality is my character,” he said. “My mother was a single mother working her butt off to provide for my sister, my brother and I. But I also started my career late in boxing. I had to mitigate the experience my opponents had over me and I had to do that through hard work.”