Caleb Plant put on a dominant performance Saturday night in Nashville, Tennessee, stopping his mandatory challenger Vincent Feigenbutz at the 2:23 mark of the 10th round. The bout topped a Premier Boxing Champions on Fox tripleheader.

Plant, who holds the IBF super middleweight title, got off to a fast start, drawing blood from the challenger's nose in the first round. Feigenbutz was severely over matched and was out landed by a 5 to 1 rate before the referee called a halt to the bout.

After the fight there was talk of a potential showdown against Canelo Alvarez and also a unification bout against WBC super middleweight champion David Benavidez. 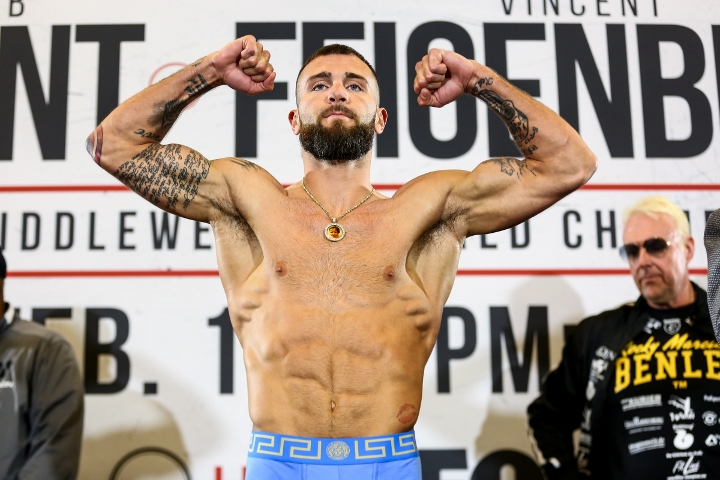 Plant's long time strength and conditioning coach Larry Wade believes that he can go in several directions. Plant is clearly focused on staying at 168 pounds but Wade believes that the 27-year-old can go either up or down in weight and maintain his effectiveness.

"You know what, he is the kind of young man that I feel can fight at 68, at 75 and as a matter of fact I tried to get him to go down to 60. That was just me because I knew he could and he could still be strong at it. That doesn't mean he won't from this point forward but he is at a place now where he can elevate up in weight or go down in weight and be equally strong and box," Wade told BoxingScene.com.

The victory over Feigenbutz was Plant's second since capturing the title in January, 2019 when he dropped Jose Uzcategui twice in route to winning a dominant unanimous decision.

[QUOTE=Bob Haymon;20400814]Why is he wasting time on bums if he can be fighting Charlo, Canelo or Beterbiev.[/QUOTE] Because he is a bum. Hes polished up to look good. Like Fernando Vargas was until he finally got his shot at Trinidad…

[QUOTE=Oldskoolg;20401227]Nah, super middle and light heavy but don’t go any lower on the weight. You overtrain as it is Caleb[/QUOTE] Yeah, easy win against a smaller guy, he needs like 13-17 months off to be ready for a Canelo fight.

Nah, super middle and light heavy but don’t go any lower on the weight. You overtrain as it is Caleb