Caleb Plant: Mike Lee Has No Idea What He's Getting Himself Into

Caleb Plant reached a certain point in his career where he knew that he was ready to challenge for a super middleweight strap.

The unbeaten 168-pound titlist isn’t entirely convinced his upcoming challenger, Chicago’s Mike Lee is quite ready for that stage or for their July 20 showdown at MGM Grand in Las Vegas, Nev. Then again, Plant remembers a time when others didn’t favor his own chances of getting to where he is today.

“If somebody wants me to respect their fighting skills then they got to make me do that,” insists Plant (18-0, 11KOs), a Tennessee native who now lives in the greater Las Vegas area. “Just like my past opponents, they’ve respected me as a man but they didn’t think that I’d be able to get the job done and if I wanted them to respect my fighting skills then I had to do it when the bell rang.” 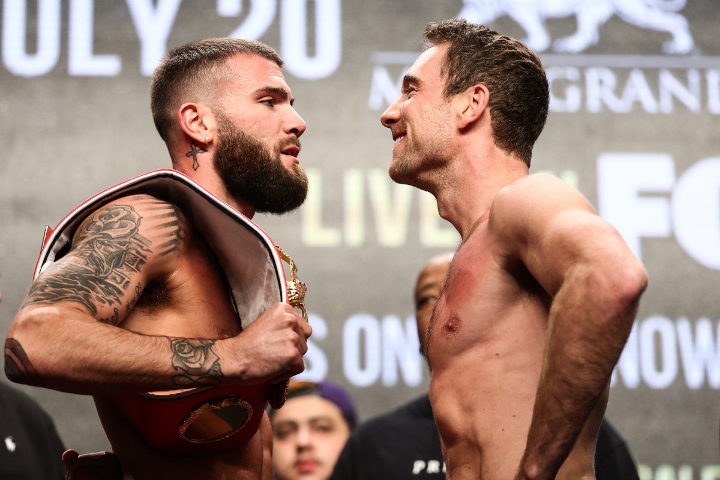 Plant did just that in his title-winning effort, taking the fight to exiting beltholder Jose Uzcategui this past January in Los Angeles, Calif. Two early knockdowns paved the way for a clear-cut 12-round decision and his first career title, which he now defends live in primetime on Fox as a lead-in to the Fox Sports Pay-Per-View event—also at MGM Grand—topped by unbeaten Keith Thurman’s welterweight title defense versus Manny Pacquiao.

The event is by far the biggest stage on which Plant or Lee (21-0, 11KOs) have ever fought. The biggest difference, however, is the paths which have led them to this point. Plant has been a fighter his entire life, having endured personal loss both prior to and becoming a super middleweight tltlist—including the death of his daughter Alia at just 20 months of age, passing away from a rare disease during Plant’s first year as a pro.

Past life experiences have hardened Plant for the rigorous demands that come with a championship level boxing career. In stark contrast, Lee has been matched soft throughout his near 10-year career, known more for his academic background—graduating from Notre Dame—and run as a Subway® spokesperson than for anything he’s done in the ring.

A big question heading into July 20 is not only whether Lee is ready to rise to the occasion, but if he even knows what he’s getting himself into come fight night.

“No, he doesn’t but that’s okay,” Plant believes. “It’s not my job… to tell him otherwise.  He’s never faced anybody like me. He’s never even come close. He just told you guys that he’s not even getting the sparring of anybody who even looks like me. How many people do you think I can spar that fights like Mike Lee? Hundreds. How many people do you think he can spar that look like me? And he answered it for you. I don’t even have to tell you.

“So no, he has no idea but that’s okay. He’s going to learn a lesson July 20 one that he can’t be taught. One that can only be taught by me, so. I don’t like him that much. I don’t like anybody who’s in the ring with me. I don’t want to be friends. I don’t care about what they’ve got going on. To me, boxing is life or death so if I don’t win, I don’t get to go home because I won’t have a home.”

Mike Lee funna bring the sammich heat in Round 6!