Former world champion Lucian Bute (32-5, 25 KOs) will soon decide if he intends returns to the ring or if he's going to retire from the sport.

Bute, 38 years old, seems to be leaning towards a routine that would keep him close to his family.

"I have a little girl, everyone knows it. My daughter was born more than a year ago. I'm trying to take my time, I'm thinking the right way and enjoying [the moments] with my little girl and my family. I did not make a decision [on my boxing future], but soon I will officially announce which one I will make," Bute said TVA Sports. 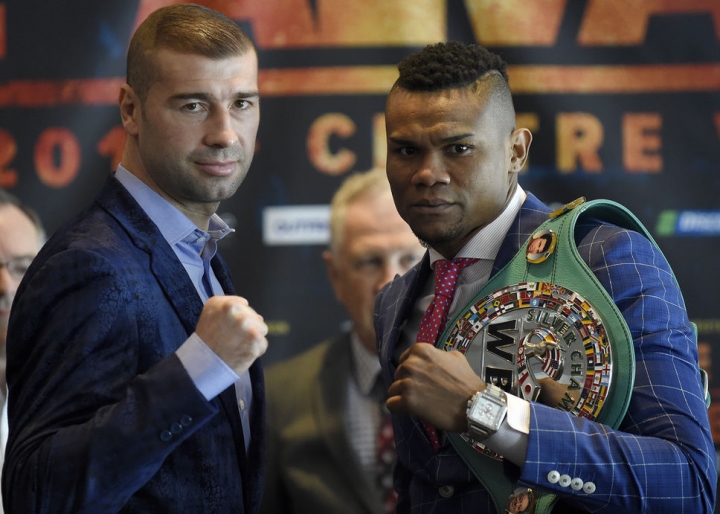 Bute has been out of the ring since getting knocked out in five rounds by Eleider Alvarez in February of 2017.

Ironically, Bute was among the spectators in Atlantic City who witnessed the sensational victory that Alvarez pulled off by knocking out Sergey Kovalev in seven rounds on August 4 to capture the WBO light heavyweight world title.

Kovalev was regarded as the number one fighter in a loaded division at 175-pounds. The victory by Alvarez was one of the biggest surprises of the year - as he scored three knockdowns to finish off Kovalev, who at he time of the stoppage was leading on all three of the official scorecards.

Bute was very impressed with the performance.

"I was there to encourage him. I want to congratulate him again for his great performance. It was quite a fight, very spectacular. He deserved that, he was waiting for his world championship fight for years. He had the chance to do it, in addition Kovalev was among the best in the world in his division," Bute said.

"He deserves to be a champion because he is genuine and he is kind."

Bottom line , I think he should pursue his new idea I think he would do great Quite sad he had that fughin glass chin cause he was a good pugilist Not as bad as Khan but not far either

I know for a fact , Bute put quite a bit of money away At a moment had mentioned that he would like to do what Interbox ( Eric Lucas ) had done for his career If I’m not mistaken…

[QUOTE=Nilus99;19011849]Bute was a good and even great, at some moment, fighter, too bad he had no chin at all and also never been the same after the Carl Froch fight. The 2-3 fight after he was hesitant and had no…

Bute was a good and even great, at some moment, fighter, too bad he had no chin at all and also never been the same after the Carl Froch fight. The 2-3 fight after he was hesitant and had no…

Stay out the game.