Buster Douglas, who pulled off the biggest upset in heavyweight boxing history when he knocked out Mike Tyson in 1990, is willing to entertain the scenario of facing Tyson in an exhibition rematch.

Last Saturday night at Staples Center in Los Angeles, the 54-year-old Tyson returned to the ring and battled to an eight round split draw with 51-year-old former four division champion Roy Jones Jr.

The vast majority of observers felt Tyson had done more than enough to win the fight. 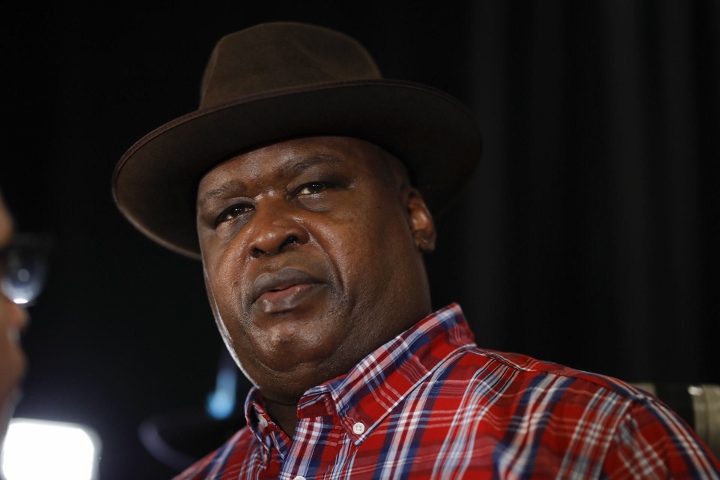 Tyson, who retired from the sport in 2005, was in top shape for the exhibition, coming in at a very lean 220-pounds.

He intends to continue forward with more exhibition fights - especially since the event with Jones has reportedly generated over 1 million buys on pay-per-view.

And a rematch with Douglas would certainly create some buzz.

“Sure, I would welcome the opportunity,’’ Douglas told USA TODAY Sports. “Being a prizefighter all those years and still feeling pretty good today, you always feel you got one more fight in you.’’

When Douglas stopped Tyson, he was a 42-1 underdog. Coming in to that fight, Tyson was 37-0 with 33 knockouts.

A rematch never took place. And according to Douglas, a rematch had never really been discussed with him.

‘I’ve been asked about it in casual conversation,’’ Douglas said. “They always ask, ‘Why didn’t you guys have a rematch?’

“It was just never presented really, as far as a rematch. It was often mentioned. That’s about it.’’

Like many others, Douglas was impressed with Tyson's performance against Jones.

“It was pretty competitive,’’ Douglas said. “A couple of guys that were past their prime but put a good effort in there. Entertaining.’’

I used to have mixed feelings about this, but now I think it’s good for the sport. As long as it’s treated as an exhibition, no one gets hurt, and it isn’t taken too seriously, I don’t see how it’s…

Tyson would not treat this as an exhibition & would unleash. Could get kinda awkward tho if Douglas is still standing in round 2 & starts landing on a puffin Mike I bet people would always watch Tyson-Butterbean. Both perfect…

[QUOTE=KnockoutKings;20925480]It's for charity! How many ppvs did top rank or dazn or pbc do for charity? If you don't like it don't buy it lol And if they did over 1 million buys, clearly fans do what to see it[/QUOTE]…