It’s an irony to some and perfectly logical to others.

Boxing is near the front of the line when it comes to brutality in the name of victory, but it’s also a sport that has consistently attracted outstanding writers.

Literary names as large as Hemingway were enamored with the drama of the ring and its possibilities for memorable fiction. And still others focused on the real-life events and generated long-standing nonfiction gems based on great fights, great fighters or great personalities.

While the scope of those works is too immense – and readers’ tastes too varied – to boil down to a ranking of the 10 “best” boxing-fueled books, here’s a sampling of 10 titles that are worthy additions to any summer reading agenda, quarantined or not.

Alan Scott Haft’s tale chronicles his father's improbable journey from Nazi concentration camps in World War II to a match with unbeaten future heavyweight champion Rocky Marciano in 1949. The book tells the saga of Harry Haft, who was forced to fight other prisoners in bare-knuckle bouts to entertain German SS officers. The fight with Marciano was the 21st and last of Haft’s pro career, which ended at 13-8 with eight knockouts.

Editors Joyce Carol Oates and Daniel Halpern assembled a collection of 23 essays from a strong gathering of writers including Oates herself, Norman Mailer, George Plimpton, Pete Hamill and A.J. Liebling, among others.

In its review, Publishers Weekly suggested, “These 23 essays by a variety of writers would have us believe that a boxing match is not a slugfest between two guys hammering at each other's brains.”

Norman Mailer’s 240-page classic tells every possible tale from the 1974 world heavyweight championship fight forever known as “The Rumble in the Jungle,” matching an aging Muhammad Ali with a seemingly unconquerable George Foreman.

This passage pertaining to Foreman’s fists – “His hands were his instrument, and he kept them in his pockets the way a hunter lays his rifle back into its velvet case” – is by itself worth the price of admission. 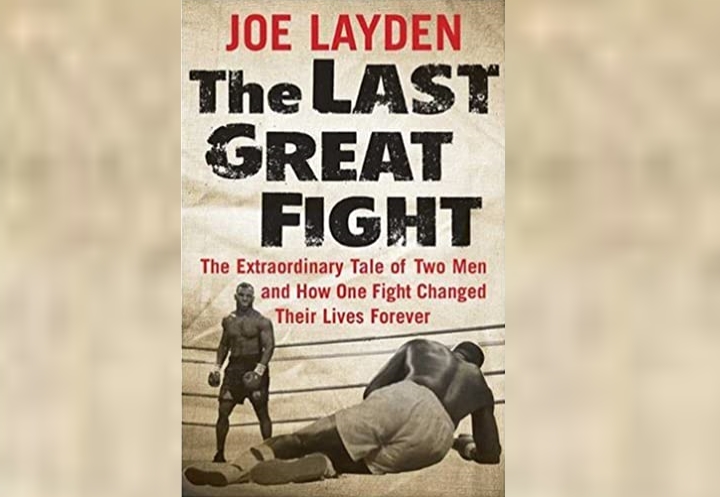 7. Charley Burley, the Life and Hard Times of an Uncrowned Champion

Unless you’re a speed-reader, this 658-pager is likely to take up the weekend or the better part of a whole week.

Author Allen S. Rosenfeld engineered a fascinatingly deep dive into the life of Hall of Famer Burley, who was a 15-year pro but never got a title shot. That injustice is borne out in the words of former light heavyweight champion Archie Moore, whom Burley floored four times while winning a decision in 1944. Moore called the Pittsburgh fighter the toughest foe he ever met.

Considering the volume of material concerning Muhammad Ali, very few stones have been left unturned. That said, Stephen Brunt makes a worthwhile effort in his 2002 effort, which provides insight on fighting “The Greatest” from the perspective of 15 men who actually did it.

A snapshot look at boxing in the 1950s is provided, with Central New York’s Carmen Basilio as the connecting theme, in this 214-page product of Gary B. Youmans from 2007.

The book is packed with anecdotes and snippets from the career of the former welterweight and middleweight champion, who fought 79 times between 1948 and 1961 – including two 160-pound matches with Sugar Ray Robinson, both of which ended in split 15-round decisions.

4. The View from Ringside

Thomas Hauser is as good as it gets in most journalistic settings, so it’s no surprise that these 272 pages from 2003 are as solid as can be. The veteran Muhammad Ali biographer provides unique behind-the-scenes insight on the game, including the run-up to Lennox Lewis vs. Mike Tyson, the feud between Bernard Hopkins and Lou DiBella, contributions from TV commentators and perspectives from familiar names like Gerry Cooney, Arturo Gatti and Hasim Rahman.

3. Ali and Liston: The Boy Who Would Be King and the Ugly Bear

This is not just another Ali biography. Instead, Bob Mee tells the tale of the early 1960s rivals in an engrossing back-and-forth cadence across 336 pages, contrasting Cassius Clay’s comparatively charmed existence with the chronic troubles – both real and perceived – that followed then-heavyweight champion Sonny Liston. Their early paths are examined, as well as the 15-month period in 1964 and 1965 when they met twice for what used to be the most prestigious prize in sports.

2. My View from the Corner: A Life in Boxing

This is an all-access pass provided by Angelo Dundee and Bert Sugar into the machinations that go into a big fight, including interacting with other trainers in what’s both a competitive and a collegial business.

A worthwhile nugget comes when Dundee writes of helping Thomas Hearns following a bout on the Ali vs. Trevor Berbick show in the Bahamas. Hearns was badly cut, but he and trainer Emanuel Steward were unsuccessful in finding a hospital to treat the wound. Dundee spotted Steward in a hotel lobby and got him in touch with a plastic surgeon he had on standby for his own fighters. One hundred stitches in a hotel room later, and Hearns was ready to go.

A book that measures up in every possible way to the all-time best, Joe Layden’s tale of the 1990 heavyweight championship spectacle involving Mike Tyson and Buster Douglas in Tokyo is a must-read for any fan. Not only are the 10 rounds covered in ample fashion over 320 pages, but the lesser-considered nuggets involving the fighters, their entourages and the event make for a fascinating read. One of the greatest upsets in the history of the sport deserves a high-quality package to wrap it in, and this one from 2007 more than fills the bill.

An ironic way, if you like, to mark Tyson’s 54th birthday today.