Tanzania's Bruno Vifuavili pulled off what many saw as a massive upset last Friday evening, as he overcame the challenge of the experienced Joel Brunker.

Brunker was the heavy favourite going into their IBF Pan Pacific Super Featherweight title fight at the Windsor Function Centre, but Vifuavili pulled off the shock upset, as he controlled the fight from the offset, and many neutral observers saw Vifuavili as the clear winner. The judges agreed as Vifuavili, who was awarded the unanimous decision victory, joined an elite class that includes former IBF World Champion Lee Selby and current IBF World Champion Josh Warrington.

The Tony Tolj guided Vifuavili opened up on his feelings at beating the highly rated Brunker and what this means for his career going forward. 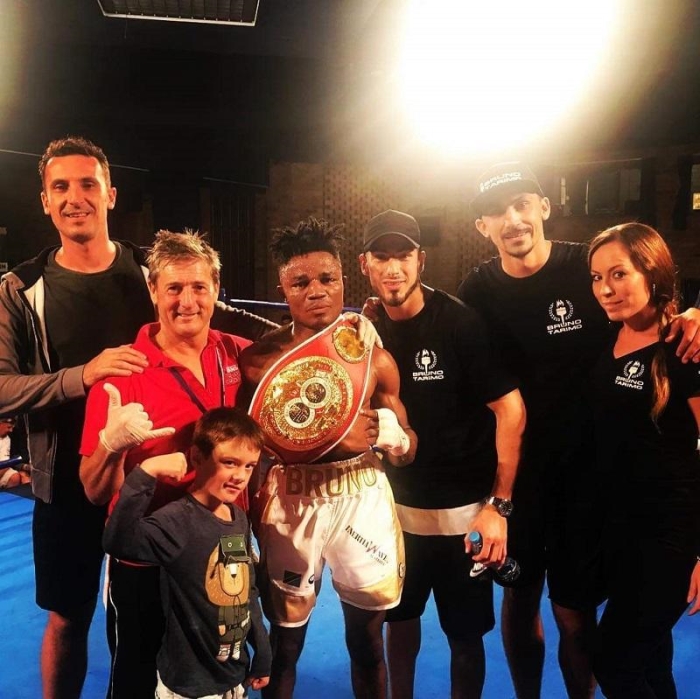 The Tanzanian native said, "Winning this title was a dream come true for me, but let me know it is just the start of a special journey.

“Joel Brunker is a world class fighter, and I believe I have proved that I am on that level now, as I felt I dominated the fight. I boxed when I wanted to box and had a war when I wanted to have a war. Joel is a great man, and I want to thank him for the opportunity.”

Manager Tony Tolj opened up on his charges Vifualivi options now going forward and reflects on his excellent performance.

Tolj said, “I thought Bruno was exceptional. It was a dominant but excellent win against a top fighter in Joel Brunker. My friend Cicillio Flores from Oxnard says iron sharpens iron. Bruno spars with the likes of the Moloney twins, Billel Dib and Furkan Demirkaya and this work is what has upped his level and it showed against Joel.”

Tolj continued, outlining his plans for Vifualivi going forward, “Bruno is in his early twenties and after that performance, he should enter the IBF ratings. We want to fight the best and if anybody who is rated above us in the ratings wants the fight, we will take it with open arms.

“We would love to fight the winner of Farmer vs Carroll, but anybody who is rated above Bruno we will come to your backyard and get the win.”

Hmmm. His record had me scratching my head for a minute.. Did not know that there was a Billel Dib now also fighting out of Sydney, a source of possible confusion... at least sure as f**k had me doing some…

Maybe he should chase the Commonwealth title.