Brook: Charlo, Williams, Teixeira - They Have Belts, I Want Them!

Brook returns against Mark DeLuca in the main event of a card being staged in Sheffield on February 8. Sky Sport and DAZN will carry the card.

The return will mark Brook's first bout since December of 2018, when he secured a tougher than expected decision win over Michael Zerafa. 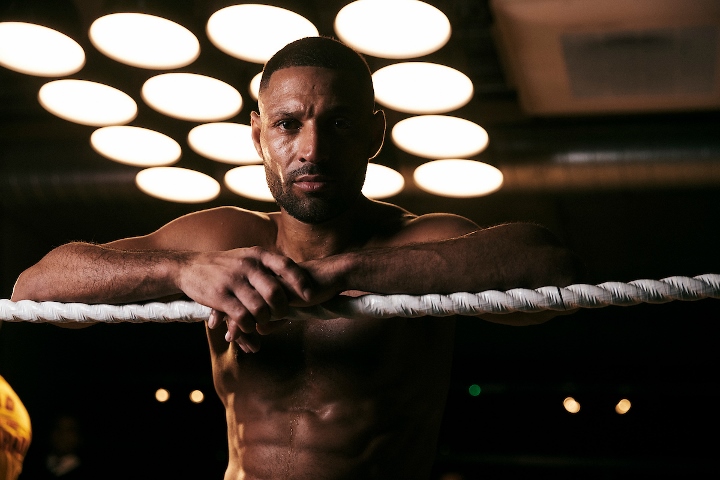 Because he looked less than spectacular in his last outing, Brook admits that he's got a lot to prove in his upcoming return.

The current champions in his division are not walkovers - with Julian Williams (IBF, IBO and WBA), Jermell Charlo (WBC) and Patrick Teixeira (WBO).

Another option for Brook is a long awaited showdown with his bitter domestic rival, Amir Khan.

But Brook would much rather secure a world title shot than a bout with Khan.

"Yes, I would. I want to be a two-time world champion. To prove all the doubters wrong and lift a belt above my head again. It's not just about [Khan]. There are other top fighters who actually want to fight," Brook told Sky Sports.

"[Williams, Charlo or Teixeira], those names excite me, I am smiling. They have got the belts, and I want them. I want to be a two-time world champion. It's about a world title fight. I'm not looking past DeLuca but I will take care of him. I want the big fights, the big names. I have no time to rest. I want it. People are writing me off. My last fight wasn't fantastic. I've got a lot to prove. All those who think I'm past it? I'll show them."

[QUOTE=richardt;20315402]He's getting reported and needs to be banned from this site.[/QUOTE] He banned now.... Wish mods would ban the sneaky racists too

[QUOTE=KillaMane26;20315100]Don't get why you needed to point out his skin color Btch[/QUOTE]He's getting reported and needs to be banned from this site.