Kell Brook would love to give his domestic rival, Amir Khan, "a smack” for questioning his sexuality.

The two former world champions have traded words for several years and have never been able to reach an agreement to face each other in the ring.

Their verbal barbs reached an all-time high a few months ago - when Khan questioned the sexuality of Brook. 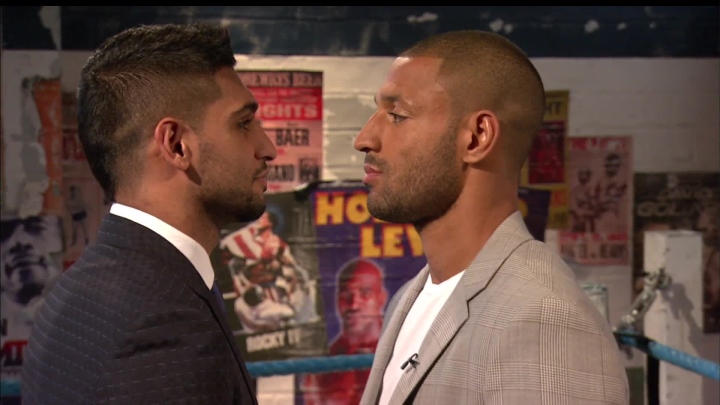 Khan, in a widespread interview, dared Brook to "come out of the closet" by admitting to everyone that he was actually gay.

He also made a serious allegation that Brook's nightclub stabbing, from several years ago, was a self-defense retaliation against Brook - because he allegedly was making sexual advances on another man.

"How much confidence does this guy have? I’ve been told by numerous guys that he’s not a confident guy… There’s talks about him being gay. If you’re a real man, come out and say ‘Yeah, you know, I’m gay, and it is what it is.’ Come out and tell the truth. Speak out about it. Don’t be afraid," Khan said.

"If he is a confident man, he needs to come out and tell the world who he really is. Because people want to know about him. People want to know, ‘Who is this Kell Brook?’ Come out and tell us what happened. What happened when you got stabbed that time? Was it because you tried it on with some poor guy? You tried to get it on with some poor guy? These are things I’m being told from his own camp."

Brook is married with two children, and his family was shocked with the allegations being hurled by Khan.

“He was coming out with so much, making all these allegations, it was terrible. My family had to hear that and he was making these rumors up," Brook told The Mirror.

“He should get a smack because he went all over the line. There’s banter, but that went over the line. With what he’s been through and what he’s done, for him to make those things up, I can’t believe he did that. This is a sport and he’s gone way across the line.”

He now wants to get a crack at Crawford in the near future.

Yeah, Khan is mighty tough for a guy who would rather be a punching bag as a no hoper for guys like Canelo & Crawford than lose to his domestic rival What a clown. He's in the Adrien Broner category…

Brook probably wants to give Khan a smack...on the ass.

[QUOTE=Redd Foxx;19686822]Interesting that he didn't actually deny being gay in this article... I'd have respect for Brook if he came out as bi but seeing how his profession is boxing and he's got a family, I can understand why he…