Former four division champion Adrien Broner is off the hook in his sexual battery case after prosecutors decided there just wasn't enough evidence to prove he grabbed a woman's vagina at an Atlanta area mall.

The 29-year-old was arrested in February 2018 after a woman claimed Broner touched her butt, thigh and "private parts" without her permission outside of a Louis Vuitton store.

Aftermath of the alleged incident was captured on video -- you can see the woman yelling and getting angry at Broner. 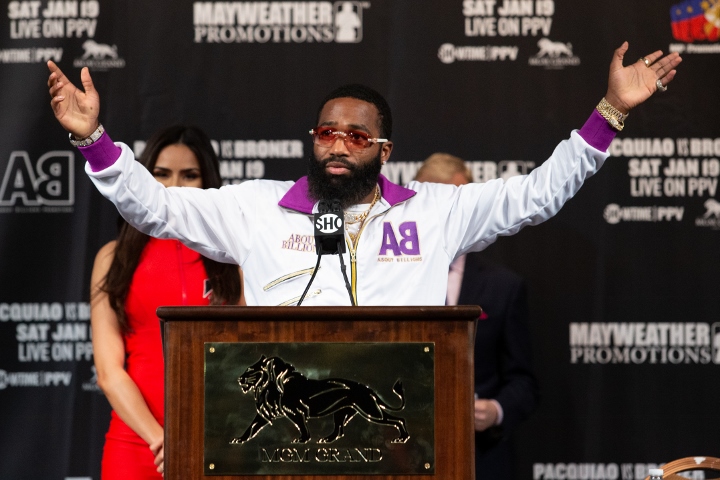 Broner denied the allegations -- but cops arrested him for sexual battery and simple battery ... both misdemeanors.

But, when the boxer appeared in court last month ... prosecutors said they did not have enough admissible evidence to "prove guilt beyond a reasonable doubt" and dropped the charges.

In other words, there's no smoking gun video to prove he committed the crime.

Per court records, "the alleged victim in this case understands and consents to this decision."

Broner has been in a ton of legal trouble over the years -- he's still fighting allegations he forcibly kissed a woman at a nightclub in Cleveland in June 2018.

Come on Adrien use your head your a millionaire.you can go to any hood and get the finest dime there just off your money and status alone.you don't need to do things like that.thats if if true it all can…

[QUOTE=alexguiness;19591903]Clear case of black privilege SMH[/QUOTE] It's about time HATER

Let that be a lesson to you guys. Instead of groping for the goods just get you a cheap escort to satisfy your primal urges. Do not resort to groping. Broner should have just gone for a buffet at the…

First time I've ever read the word "vagina" in a Boxingscene article.