Mairis Briedis is officially on the clock.

The two-time and reigning cruiserweight titlist officially has until November 21 to decide whether to maintain that status or head into his next bout as a two-time former titlist, as he has been mandated to enter an immediate rematch with Krzysztof Glowacki. The bout was formally ordered by the World Boxing Organization (WBO), whose title Briedis claimed in a controversial 3rd round knockout this past June.

However, as previously reported by BoxingScene.com, Glowacki (31-2, 19KOs) appealed the outcome with the WBO, which granted the Polish southpaw a partial victory in ordering an immediate rematch, although declining to overturn the official outcome.

“As per the official “Award ” issued by the WBO Complaints and Grievances Committee dated October 25th 2019, regarding the Appeal of Krzysztof Glowacki v. Mairis Briedis, the WBO World Championship Committee hereby orders the parties herein commencement of negotiations for the above-mentioned WBO Jr. Heavyweight Championship Contest,” Luis Batista Salas, chairman of the WBO Championship Committee noted in an official company letter submitted to representatives for both boxers on Wednesday. “The parties have fifteen (15) days upon receipt of this letter to reach an agreement.

“If an accord is not reached within the time frame set forth herein, a Purse Bid will be ordered pursuant with the WBO Regulations of World Championship Contests.” 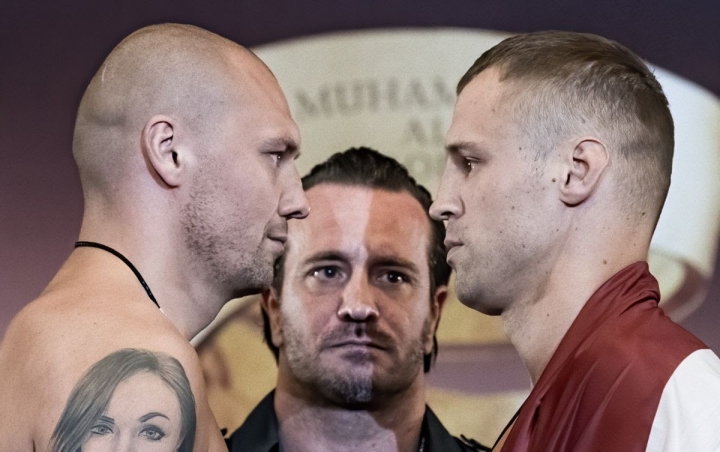 A purse bid hearing has been tentatively set aside for late November in the likely event that the two sides cannot come to terms. The session will be open to all WBO-registered promoters, who must submit a minimum bid of $300,000 in order to obtain promotional rights to the contest.

The order places Brieidis (26-1, 19KOs) in an undesirable predicament, as he has to now choose between keeping his title and proceeding with plans to advance in the World Boxing Super Series (WBSS) cruiserweight final. The 34-year old from Riga, Latvia is a two-time tournament participant, having lost in the semifinal round versus eventual champion Oleksandr Usyk last January in his hometown. The very same venue housed his Season Two semifinal bout versus Poland’s Glowacki, the event mired in controversy both in real time and in the aftermath.

Briedis flirted with disqualification after responding to a rabbit punch by throwing an elbow across the face of Glowacki late in the 2nd round of their June affair. The sequence only went partially disciplined by referee Robert Byrd, who ordered one point deducted from Briedis’ scorecard rather than the standard two-point deduction for an intentional foul.

The veteran referee also failed to award Glowacki sufficient time to recover, immediately ordering action to resume. Briedis floored Glowacki later in the round, shortly before the bell. Byrd issued an eight count but apparently never heard the bell to end the round, allowing action to resume long enough for Briedis to score another knockdown. He was ready to allow the bout to further continue until finally acknowledging the official timekeeper repeatedly ringing the bell.

Briedis floored Glowack early in round three, this time producing an end to the contest, though only the beginning of a lengthy legal battle.

Glowacki’s team filed an immediate petition, which was initially denied in a July ruling by the WBO. The decision at the time cleared the way for Briedis to proceed with the WBSS cruiserweight final versus Miami-based Cuban knockout artist Yuniel Dorticos, who advanced with a highlight reel 10th round flattening of Andrew Tabiti on the same June show. Such a union, however, came with the WBO’s blessing only on the condition that the winner face Glowacki within the next 120 days upon completion of the tournament.

New evidence came to light which prompted Glowacki to file an appeal, upon learning that the bout was fought solely under the auspices of the WBO and with WBSS rules in place. The Latvia boxing commission openly confessed to this, acknowledging that neither Briedis, Glowacki nor the referee were licensed under local rule, which shot down the WBO’s efforts to deflect responsibility in terms of having final say in overturning an official outcome.

The Puerto Rico-based sanctioning body came to a final resolution in late October, calling for an immediate rematch although with a legal loophole for Briedis. The ruling does not block him from proceeding with the WBSS final versus Dorticos.

However, such a bout—which was teased by Comosa AG’s Kalle Sauerland as being eyed for a Jan. 2020 date at a location to be determined—will not come with the WBO title at stake. Instead, Briedis would enter as the challenger to Dorticos’ International Boxing Federation (IBF) title.

In the event Briedis moves forward with the tournament in current form, Glowacki will be eligible to fight for the vacant WBO cruiserweight title versus the next highest rated contender, which currently is 49-year old former titlist Firat Arslan (47-8-3, 32KOs).

Is Robert Byrd related to Adelaide?:luvbed:

The wbo title will go in the bin riddick bowe style

[QUOTE=slimPickings;20172901]Did not see any "weird" ending in that fight. Byrd asked a simple " can you see" and he got an honest " no " answer and waved the fight OFF like any responsible ref would have done. Nothing weird…

It should've been a NC.