Brian Viloria has had a storied and accomplished career and later tonight from the Forum in Inglewood, California, he attempts to win his fifth major world title as he faces Artem Dalakian for the vacant WBA flyweight belt.

When asked what it would mean to him to add another championship to his collection, the 2000 U.S. Olympian told BoxingScene.com - "Personally, it's achieving something that I've set up for myself and surpassing that when I first started my career. I didn't know I was going to win world titles, much less winning four world titles and going for my fifth."

The 37-year old Viloria began his career in May of 2001 and won his first title back in May of 2005 by stopping Eric Ortiz in one round at the Staples Center in Los Angeles for WBC light flyweight crown. All his titles have been won in the 108-and-112 pound weight classes. 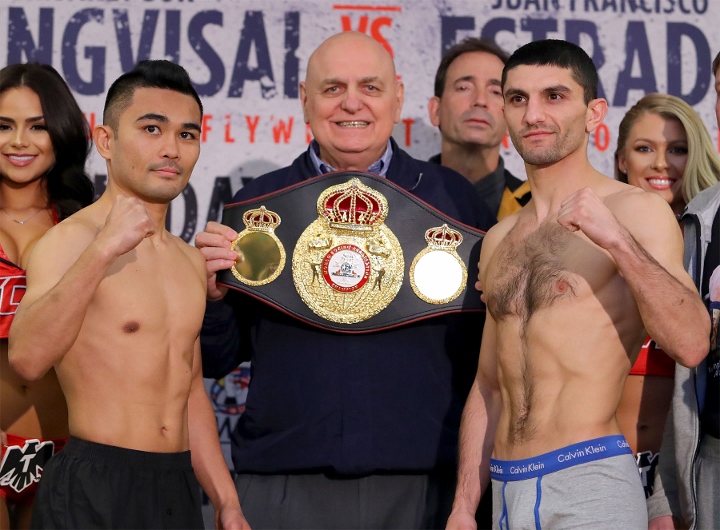 Viloria understands he's in the twilight of his career.

"I'm just trying to enjoy the moment of it leading up to the fight, during the fight I'm going to try to enjoy it as much as I can because I know for a fact I wont be doing this for the rest of my life," he said a couple of weeks ago after his days training at the Wild Card Boxing Club.

"Ive got a few fights left and I'm going to try to take in as much as I can with each fight."

Viloria-Dalakian is part of the non-televised portion of the 'SuperFly2' undercard, which features the battle between WBC super flyweight champion, Srisaket Sor Rungvisai, and Juan Francisco Estrada. Also on the HBO broadcast is a 115-pound battle between Carlos Cuadras and McWilliams Arroyo and IBF flyweight tilist, Donnie Nietes, takes on Juan Carlos Reveco.

Not better thing than retiring as Champion. Legs go VILORIA