Brian Norman Blasts Out Juan Rodriguez in One Round in Miami

It was the first fight for the 19-year-old since March 13, when he defeated Flavio Rodriguez by technical decision after the seventh round.

Norman backed Rodriguez into a corner, landing a left hook to the body, followed by a left-right combination to the head that dropped him to the canvas. Rodriguez attempted to beat the count, but was counted out at 1:26 by referee Samuel Burgos. 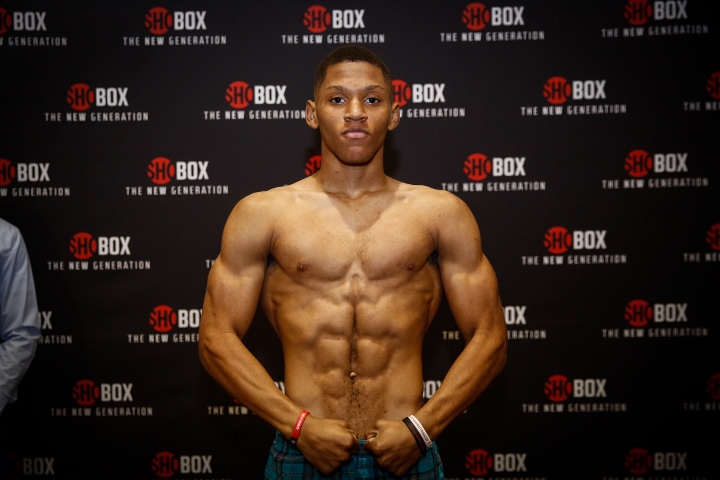 It was Norman’s first knockout win since stopping journeyman Kevin Womack on July 27 of last year in his hometown of Atlanta, Georgia.

Rodriguez, who resides in Union City, New Jersey, has now lost seven of his last eight bouts and falls to 13-8, 5 KOs.

Junior lightweight Mark Bernaldez of the Philippines improved to 21-4, 15 KOs by stopping Argentina’s Julian Aristule in round 3.

Bernaldez dropped Aristule twice in round and once more in round 3 before the fight was stopped at 1:55 by referee Samuel Burgos.

Another Filipino fighter on the M&R Boxing Promotions card also notched a knockout victory as Jameson Bacon (24-4, 16 KOs) stopped Gonzalo Dallera (6-9, 4 KOs) at 2:29 of the second round.

Bantamweight Joahnys Argilagos, who won a bronze medal at the 2016 Olympics Games in Rio de Janeiro, stopped Mexico’s Samuel Gutierrez (16-28-6, 6 KOs) at 2:19 of the opening round. Argilagos represented Cuba at the Olympic Games and now resides in Houston, Texas.

Francisco A. Salazar has written for BoxingScene since September of 2012 and has covered boxing in Southern California and abroad since 2000. Francisco also covers boxing for the Ventura County (California) Star newspaper. He can be reached by email at santio89@yahoo.com or on Twitter at FSalazarBoxing