Dominic Breazeale wants to face another former heavyweight champion in his first fight since a first-round knockout defeat to Deontay Wilder.

Breazeale told FOX’s Kate Abdo during the network’s weigh-in coverage of the Adam Kownacki-Robert Helenius card that he has targeted Andy Ruiz Jr. as his next opponent. The 6-feet-7, 260-pound Breazeale also mentioned Kownacki and Luis Ortiz as potential opponents, but he made it clear who he wants to box above the others he mentioned.

“Andy Ruiz, for sure,” Breazeale said. “Andy Ruiz has made a big splash in the heavyweight game. We’ve exchanged in the ring a couple times, as far as sparring. He knows what I’ve got, and I know what he has. So, it would be an exciting fight. And I think it’s a fan-favorite fight. He’s a big brawler. I like to step into the ring and throw some leather to his face as well. So, it’d be a good one.”

The 34-year-old Breazeale believes he and Ruiz would put on “a great show here on the West Coast.” 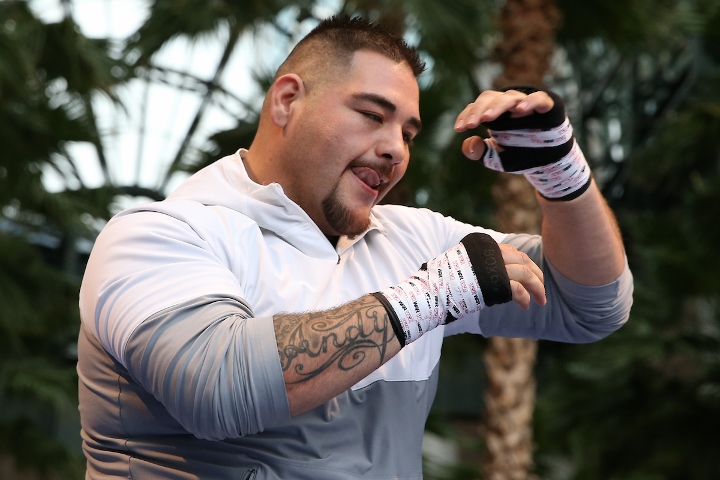 Breazeale (20-2, 18 KOs) hasn’t fought in nearly 10 months, not since Wilder, then the WBC champion, blasted Breazeale with a right hand that ended their scheduled 12-round championship match just two minutes and 17 seconds into it. The former Northern Colorado quarterback has lost only to Wilder (42-1-1, 41 KOs) and Anthony Joshua (23-1, 21 KOs), the IBF/IBO/WBA/WBO champ.

Another veteran, Chris Arreola, has most prominently been mentioned as Ruiz’s opponent for his first fight since losing back those four titles to Joshua on December 7 in Diriyah, Saudi Arabia. If Breazeale can’t land a fight against Ruiz (33-2, 22 KOs), Kownacki (20-1, 15 KOs) and Ortiz (31-2, 26 KOs, 2 NC) interest him.

“[Me and] Andy Ruiz would be a great show here on the West Coast. And I’ve also been thrown opponents like Luis Ortiz. At this point, I want to fight the top opposition and give the fans what they wanna see.”

Breazeale hopes to end his long layoff within the next few months.

[QUOTE=slimPickings;20452971]You seem to have a very low impression of Breazeale. I do not share the same impression. Unless he is damaged goods after the 1 round destruction by Wilder, he is a live dog against Ruiz. That i have NO…

I dont mind this fight! this gets them both back in the ring.