Breazeale Not Impressed By Wilder's Wins, Aims To Chin Him

Breazeale will get his second chance at a world title when he challenges Wilder in a mandatory fight on Saturday night, at the Barclays Center in Brooklyn, New York. 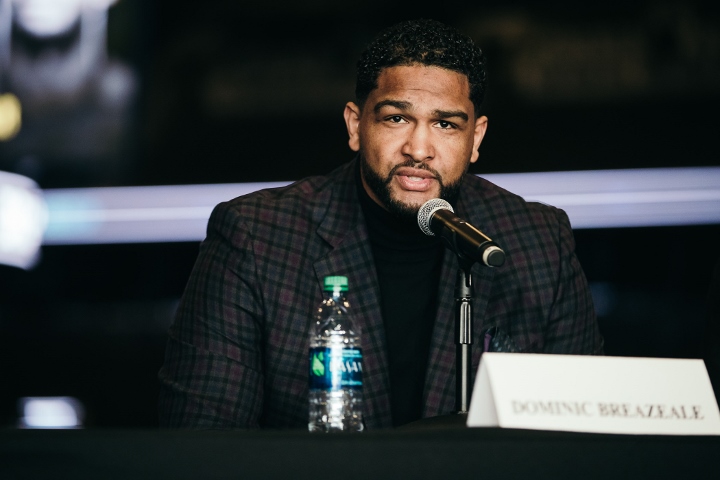 Breazeale challenged champion Anthony Joshua back in 2016 and was stopped in the seventh round.

Since then Breazeale has reeled off several knockout wins to secure the mandatory crack at Wilder.

Wilder has knocked out 39 of his 40 opponents, but Breazeale is also a puncher and plans to chin-check the champion.

“Losing to Anthony Joshua in 2016 was a huge stepping stone for my career. I learned so much about what I had been doing wrong. I didn’t do enough to get the win that night. I analyzed punch after punch and learned more from that loss than any win I had. I don’t give Deontay much credit for his title defenses. People talk about his big right hand, but this is heavyweight boxing. I have a big right hand too. I’ve put many individuals down on the canvas. All Wilder does is talk. We’ll see who lands that right hand first on Saturday.

“I’ve been training like a caged-dog during camp and it’s nice to be here now and see people’s reactions to the work I put in. I’m confident in what I can do and what I bring to the table on Saturday night. It’s going to be fun.”

[QUOTE=REDEEMER;19745816]It's not over for Wilder, it's going to be over for you and the rest of the trolls. Enjoy tonight, the next day and Friday because after Saturday, you won't be enjoying much. Wilder will be around , however most…

No one is impressed with Wilder's resume. As far as we are concerned he has only fought one and a half credible HW

[QUOTE=Oldskoolg;19745757]I have no idea how this “one loss and career over” mentality had seeped into the sports younger fans[/QUOTE] As much as I dislike Wilder I do agree with you. This new-ish idea that one loss = hugely diminished perception…

Wilder will destroy this bum.