Breazeale: Negron is a Stepping Stone To Deontay Wilder Shot

A member of the 2012 U.S. Olympic team at the London games, heavyweight Dominic Breazeale (19-1, 17 KOs), is motivated to continue winning until he makes good on his mandatory status in the WBC rankings.

Breazeale was knocked out when he challenged heavyweight champion Anthony Joshua in 2016 - but bounced back strong when the 33-year-old knocked out then unbeaten Izu Ugonoh in a February 2017 and then stopped stopping former title challenger Eric Molina in November that year. 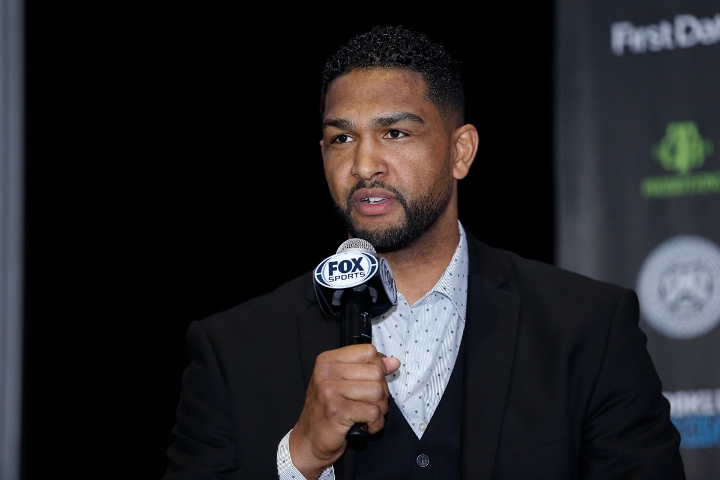 Because of Negron's size and Olympic background, Breazeale views the contest as the perfect preparation for the mandatory bout he wants to secure.

"I think fighting a guy like Carlos Negron is a stepping stone to getting the fight with Deontay Wilder. He has similar size and stature, so it's like a rough sketch for the title fight. I want to stay in rhythm and dust off any cobwebs there may be so I'm active and ready when the Wilder fight comes," Breazeale said.

"Carlos Negron is a big guy and someone that size is going to have a good jab. I know he has a strong amateur pedigree. We have similar records and we stand eye-to-eye. This is the first time I've fought someone his stature and size. But I don't think he's fought the same quality of opponents like I have at the pro ranks.

"This is the heavyweight game and one punch can change everything. I plan on landing that punch on Saturday night. This is a guy who stands tall and has boxing skills. He's an 'ABC' fighter. He throws a lot of 1-2s and that's what Deontay Wilder does too. I'm only chasing the belt because Deontay Wilder is running."

Wilder is likely heading to a rematch with Tyson Fury in the near year. The boxers fought to a controversial twelve round draw on December 1.

[QUOTE=juggernaut666;19373891]Well if that's the case it makes your post even less plausible because YOU'RE insinuating Negron is another Joshua who will do the same because he's the same size ? :doh:[/QUOTE] OMG! he's saying negron is the first guy he's…

I love watching Breazeale fight because he's always getting his ass beat before he turns it on to win. He's sort of like this generations Ron Lyle..

Where is Lee Harvey Oswald when you [B]NEED[/B] him.